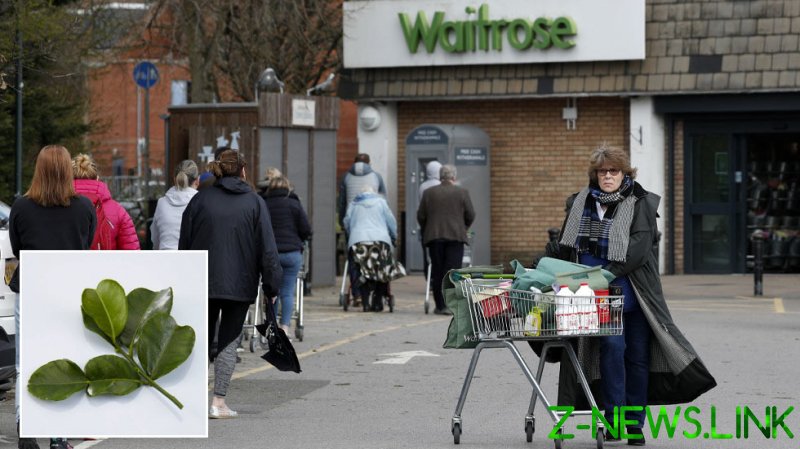 I am going to have to be quick here, because I’m in a bit of a panic. I have a load of cookbooks to censor or ditch after finding out my bookshelf and spice rack are totally racist, and could see my Saffer neighbours report me for hate speech unless I atone for my thoughtlessness.

Thanks, Waitrose. Thanks for flagging the vicious casual racism that shelters in kitchens nationwide under the guise of crab, mango, lime and chilli salad and those other multi-ingredient Southeast Asian dishes that make your eyes water and mouth go numb.

Thanks for alerting us to the fact that those who lived through the apartheid years in South Africa might take offence at our racism as we crumble a few dried lime leaves into our Thai fish cake recipe, hatefully ignoring the pain and suffering of people in a country 6,000 miles away.

Why the thanks? Well, the warriors from Waitrose, whose stores are like woke churches to the British middle class, have announced that the supermarket is to change the name of its Kaffir lime leaves in order to avoid offending the people of South Africa, where the term ‘Kaffir’ is a racial slur.

You have to ask, what would Nelson Mandela have made of this First World virtue signalling? Famous for his sense of humour, my bet is he would have laughed that unforgettable laugh until he cried.

Naturally, fellow travellers Co-op and Sainsbury’s have quickly fallen into line and announced that they too will re-label the product to be sold in future as Makrut lime leaves. Phew! Disaster averted! Come on Tesco, Asda and Iceland, what’s wrong with you? Racists!

Now the real work starts as the national army of online culture guardians start trawling through the recipes of some of the nation’s favourite chefs like the Hairy Bikers, Angela Hartnett, Tom Kerridge and Pippa Middlehurst, whose multitude of recipes on the BBC’s extensive cookery website also include the leaf that dare not speak its name.

Looks like the minions have some cancelling to do. Overtime, everyone!

The humble green citrus hystrix, native to Sri Lanka, is now smack bang in the middle of a shrieking cultural hysteria after some under-employed box-ticker in a supermarket chain’s back office received an email pointing out the similarity between the name of a dried citrus leaf and a racist epithet.

Somehow, this is seen as a public relations opportunity, so the spin is that the name-change stems “in response to customer comments we’ve received”. Interesting that the company statement made no mention of complaints, just “comments”. While no doubt there are plenty of Brits perfectly aware that ‘Kaffir’ can be used as a pejorative term – and I’ve heard it used as such towards ‘non-believers’ in the UK – for the grown-ups among us, it really is about context.

Because if it is a war on adjectives in any context, then what’s stopping a wholesale assault on our spice racks? No more ‘black’ pepper. No more ‘Chinese’ five spice and let’s have a very careful look at ‘ginger’ in case the red-headed population choose to take offence and boycott supermarkets. That would be game over for many stores in Scotland.

It appears British supermarkets like Waitrose, Sainsbury’s and Co-op will bend to the will of the woke with the slightest breeze – not even a gale – of complaints. Just the whisper of a comment or two and it’s back to the packaging drawing board for the product development team.

What is at odds here is how Waitrose sees its role, and how that aligns with the public view. While I’m no expert, I certainly know my way around a grocery store, no matter how upmarket or downmarket it might be, and what really matters to shoppers everywhere is affordable, quality food. If it comes in as little packaging as practicable, then that would be good as well.

We don’t need a pretentious supermarket’s sensitivity police to protect us from nasty words or bad thoughts with their vacuous gesture politics when we are perfectly capable of filtering our own language while cooking Saturday Kitchen’s almond chicken curry. Stick to what you know. Please.