Kadyrov has compared the punishment Nurmagomedov humiliation of the Caucasus 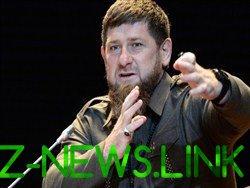 The head of the Chechen Republic Ramzan Kadyrov in Instagram account commented on the punishment for the champion of UFC Habib Nurmagomedov after this fight at UFC 229.

Kadyrov said that the Caucasus was lucky to have a fighter like Nurmagomedov. However, in his opinion, the punishment for the Russians and “this swaggering Irishman provocateur” Conor McGregor disproportionate. “Everything was done to our guys and in their face and the entire Caucasus, have been humiliated and trampled in the mud,” — said the head of Chechnya.

Kadyrov added that Nurmagomedov showed Caucasian Charter. “Far-reaching plans of the Western caucasophobia failed. These guys [and Habib Abubakar Nurmagomedov and zubayra tukhugov] demonstrated that even all the money and all the glory of the world for Caucasians is negligible, when it comes to faith, dignity and honor,” he said.

Nurmagomedov — UFC champion at lightweight. In October last year at UFC 229 he defeated McGregor in the battle for the championship belt organizations. After the match, the Dagestani fighter has a fight with the second opponent and his corner got in a fight with McGregor.