Home / business / Kadyrov called the cause of the fight, during which detained the assistant to the permanent representative of Chechnya in Crimea

Kadyrov called the cause of the fight, during which detained the assistant to the permanent representative of Chechnya in Crimea 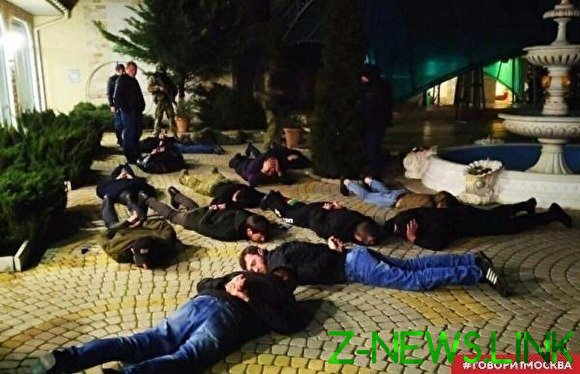 The head of Chechnya Ramzan Kadyrov has commented on the detention of the assistant to the permanent representative in Crimea Murad Saidov on suspicion of extortion, as previously reported by “Moscow speaking” with reference to a source in law enforcement bodies. According to the radio, Saidov organized beating of the businessman Ibrahim Aliyev for the refusal to transfer a share in the business.

“Both parties of the incident, the Chechens, long familiar, had commercial relations with any of the other persons isn’t a conflict. Disagreements have arisen over mutual claims on the business. They will be resolved fairly and in strict accordance with the law”, — wrote the head of the region in his Telegram channel.

See also:  Apartments dream: a mansion, in which dream to live the Hollywood stars. Photo

Kadyrov also added that on his instructions, understand the situation, the state Duma Deputy Adam Delimkhanov and the permanent representative in Crimea is khachukaev. “I demanded to give a principled and objective evaluation. According to the information received, the withdrawn weapon is traumatic and has the necessary permits,” said the official, noting that Russia’s population owns “millions of units of traumatic and hunting weapons”. And if it is legally obtained, it “is not a crime”, said Kadyrov.

That Saidov was relieved of the office, the head of the region said, but wrote about working with him in the past tense.

“Murad Saidov was one of the assistant Ambassador on a voluntary basis,” — concluded Kadyrov.

According to radio station “Moscow speaking”, the police arrested Saidov during a mass beating of the businessman Ibrahim Aliyev in the restaurant “Meeting”. The victim received serious bodily injury.

According to preliminary information, the attackers seized ammunition and several firearms, including a Golden gun.

Tags called cause detained during fight kadyrov which