Home / WORLD / Kabul school attack: Death toll climbs to 68, over 165 hospitalized with many in critical condition

Kabul school attack: Death toll climbs to 68, over 165 hospitalized with many in critical condition 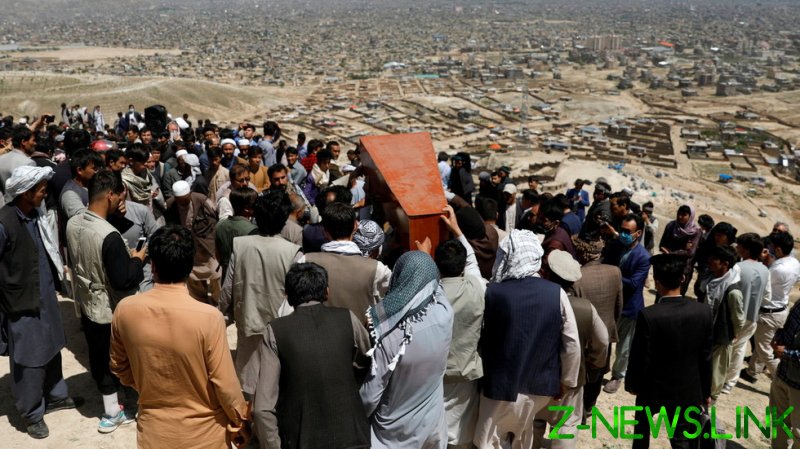 On Sunday, the death toll from the devastating attack climbed to 68, with 165 injured remaining in hospitals, according to Afghan officials. The authorities have been struggling to identify the victims, with grieving families still searching for their children.

The car bomb blast rocked the Sayed-ul-Shuhada High School, located in the western part of the capital on Saturday afternoon, when the female students were leaving after classes. The first blast was followed by at least two smaller explosions, which hit the fleeing children as well as those who rushed to help the injured.

“The first blast was powerful and happened so close to the children that some of them could not be found,” an anonymous Afghan official told Reuters.

Afghan officials, including President Ashraf Ghani, were quick to blame their main adversary – the Taliban – for the attack. The militant group, however, has denied any involvement and strongly condemned it, while placing the blame on Islamic State (IS, formerly ISIS).

Nevertheless, no one has claimed responsibility for the attack yet.

In recent weeks, Afghanistan has seen an increase in violence, including intensified fighting between Taliban militants and government forces, as well as terrorist attacks.

The violence follows the announcement by US President Joe Biden of plans to withdraw American troops by September 11 of this year, after two decades of involvement in the seemingly never-ending conflict. The revised deadline was criticized by the Taliban, which urged Washington to stick to the May 1 withdrawal deadline agreed to under former President Donald Trump.