Home / WORLD / Just when you thought 2020 couldn’t get any worse along comes Wonder Woman 1984, a man-hating mess of a movie

Just when you thought 2020 couldn’t get any worse along comes Wonder Woman 1984, a man-hating mess of a movie 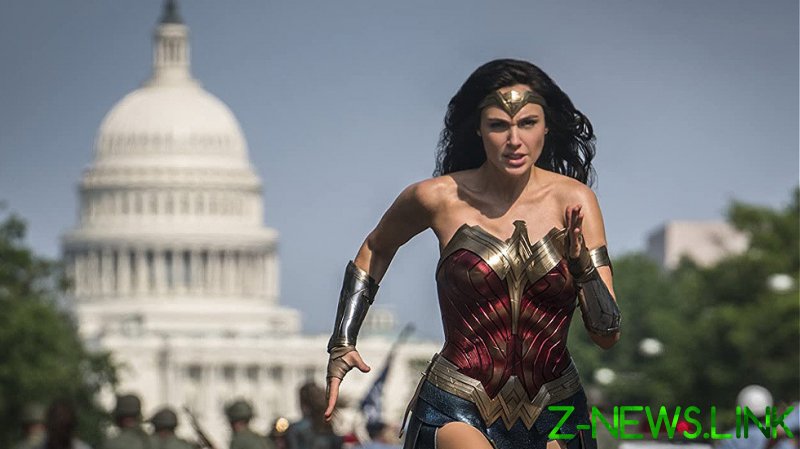 On Christmas Day, the highly anticipated ‘Wonder Woman 1984 (WW84)’ premiered in theaters and on the streaming service HBO Max. The film, co-written and directed by Patty Jenkins and starring Gal Gadot, is the sequel to the smash hit 2017 film ‘Wonder Woman’.

‘Wonder Woman’ (2017) wasn’t a perfect movie by any stretch, but it was a well-crafted, thoroughly entertaining superhero story. The film featured a star-making performance from the gloriously gorgeous Gal Gadot and tapped into the anti-Trump feminist zeitgeist of the time. It was handsomely rewarded with a hefty $822 million box office.

WW84 is the exact opposite of ‘Wonder Woman’, as everything good about the original is bludgeoned to death in the sequel.

In ‘Wonder Woman’, Gadot’s character, Diana/Wonder Woman is forced into a fish-out-of-water scenario and must adapt to the rigid confines of feminine etiquette in 1918, a task rife with comedy for an Amazonian warrior princess. This played to Gadot’s strengths as an actress, and her impassioned naivety came off as charming and magnetic.

In WW84, the fish-out-of-water is Steve (Chris Pine), Diana’s resurrected boyfriend… and that falls entirely flat and fails miserably. The lowlight of this is a 1980s fashion montage that features a recurring American flag fanny pack.

Diana is no longer naïve in WW84, but the bearer of burdens. And this shift brutally exposes Gadot as being a wooden, severely limited and remarkably dead-eyed and dull actress.

As for the plot of WW84, it is so incoherent as to be inconceivable. At one point, a tertiary character yells out “What the hell is going on here?!” and I completely concurred with that sentiment. I have almost no clue what the hell was happening most of the time in this movie, but thankfully the characters were so poorly written and dreadfully acted that I didn’t care.

And the film’s politics?  If you like white male- hating movies that feel like two-and-a-half hour long commercials for American and Israeli militarism and imperialism, WW84 is the movie for you.

‘Wonder Woman’ succeeded because it wasn’t heavy-handed in its cultural politics. But no such deftness and delicacy is on display in WW84.

The film makes perfectly clear that white guys, with Steve being the lone exception, are unanimously evil. To prove this point, there are endless scenes of both Barbara Minerva (Kristen Wiig) and Diana being sexually harassed by ‘80s guys, all of them white except for the one Asian who is apparently white guy adjacent.

White guys are even revealed as the reason why the film’s main villain, Maxwell Lord (Pedro Pascal) – a Latino – is bad. A flashback shows his villainy being born when he was bullied as a child by – you guessed it – evil white guys!

Another group held up as evil are Middle Easterners. There’s an ‘Egyptian’ Emir who’s so bad he wishes for and receives a giant wall that encircles his Caliphate-esque kingdom of Bialya. The giant wall sprouts up and cuts off water to poor people and essentially imprisons them,

which sounds like Israel’s West Bank wall used against Palestinians. But of course, in a supreme bit of Orwellianism in action, in WW84 the bad guys creating the wall aren’t Israelis, but Arabs.

The film’s unsubtle and unsurprising politics are made shamelessly clear when Gadot – who as a former Miss Israel (2004) and a former soldier in the Israeli Defense Force is a walking avatar of Israel –  fights a convoy of heavily armed Arabs, and saves Arab children from being killed by those same evil Arab men.

Ultimately, if you love America’s belligerent foreign policy, especially in the Middle East and in relation to Russia, you’ll definitely connect with WW84.

Repulsive politics aside, this film is just appallingly directed by Patty Jenkins, as it is humorless, tedious and devoid of any drama, tension or notable action.

Jenkins made a name for herself with ‘Wonder Woman’, and has since signed a deal to direct some Star Wars movies. But her dismal work on WW84 has exposed her, just like it does Gadot, as an extremely limited one-trick pony.

Jenkins’ inability to shoot a decent fight scene, and to exploit the ‘80s for comedy and cultural relevance, are calamitous comic book cinema crimes of negligence.

She doesn’t even plumb the plethora of popular ‘80s music in order to set the tone and place and appease her nostalgia-craving audience, a tactic used to great success by recent TV shows like Stranger Things. Unbelievably, there isn’t a single ‘80s song in the entire film. That is monstrous movie-making malpractice.

WW84 saves the very worst for last, though, as in its climactic scene Gadot gives a monologue directly to the camera that is meant to be profound and poignant, and instead is pretentious and patronizing. In fact, it is eerily reminiscent of Gadot’s other 2020 misfire, the Imagine viral video. In that disastrous effort, she and her fabulously wealthy celebrity friends condescendingly sing John Lennon’s saccharine anthem from their mansions in a tone-deaf show of faux solidarity with those poor little people suffering during the pandemic.

A testament to how unbelievably unbearable this year has been is the fact that the best Gal Gadot release in 2020 is Imagine. It’s entirely fitting that this awful, dreadful, no-good year should end with a movie as awful, dreadful, and no-good as WW84.