Home / economy / Just the wages could be 5 years ago

Just the wages could be 5 years ago 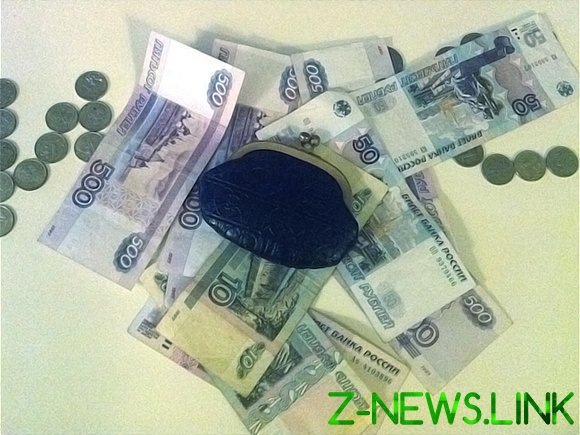 When people take out loans to buy electric, it certainly demonstrates the outrageously low level of income, experts say.

To live in dignity and to have the opportunity to save for retirement or for a rainy day, and make any major purchase, you need to get an average of 66 thousand rubles a month, according to the Russians. These are the results of a survey of residents in 37 major cities with population over 500 thousand people. In the company “Sberbank life insurance” compare these figures with statistics about the real average salary in these regions. The only city where the desired income almost coincided with the actual, proved Moscow. To here want to average of 105 thousand rubles, and actually have, again — on average, 99 thousand rubles. In other cities the difference was much more noticeable. Thus, the average accrued salary in the country of 46 thousand roubles, and the median, which not affected the salaries of top managers of Gazprom — 34 thousand roubles. Fair people think the salary is 30% more. The reasons for this gap “Rosbalt” asked the experts.

“In fact, work in Russia is really underrated. This is a classic economy of cheap labor with a large enough trail of negative consequences from this. I would say that the Russian workers are still very modest requests, if desired, they give a figure of 66 thousand rubles. And, of course, their demands are quite realistic, but certainly not under the current economic and political system,” said former Deputy Minister of labour of the Russian Federation, associate Professor, HSE Paul Kudyukin.

According to the expert, many types of work even pereodevshis and increasing their skills, people are unlikely to be able to count on the fundamental salaries.

“With the exception of a narrow circle of professions, where there is a serious shortage of staff, employers try to keep wages at the level of the median value for the region, which is about one and a half times below the average wage. One of the reasons is a very weak organization of workers. Individually they all would like to have more, but not willing to collectively fight. And this is the only effective way to kill the economy with cheap labor — if workers finally recognize their group interests, to unite and start demanding. Without it we will be dreaming about the higher salary, but without the willingness to fight,” he said.

According Kudyukin, one of the criteria that distinguish the middle class, is the presence of people savings and the opportunity to save money. And if the family of more than 50% of income spent on food, such a family is considered poor. Thus, according to the same survey, 43% of Russians after a month from the salary there is nothing left.

“Hence the issue of over-indebtedness of the population, which, incidentally, is also the result of the low level of wages. A significant portion of the consumer loan, and for those goods which under normal salaries, the people could buy out of current income. When a person takes a loan for the purchase of electric, it suggests that he’s just ugly low level of current income,” — said Kudyukin.

The lowest level of wages, and, consequently, the highest demand for the increase, traditionally characterized by agriculture, light industry and education, in spite of the may decrees of 2012, said the expert. According to him, these sectors were the three antiliderov in the Soviet years, just the gap between actual and desired salary was not as it is now.

“Whatever be said in the government that everything is getting better, Western sanctions and the fall of the ruble has done its job. Compared with the 2014 products have become much more expensive. While wages in many since then, not much has changed. Money, which then had enough, now is not enough. People objectively needs to obtain 20-30% more. But the economic situation in the country does not allow employers to raise wages. And the Russians feel the lack, as evidenced by the results of the survey”, — the press-Secretary Sergey Superjob Switchenko.

Of course, if we talk about highly skilled, most likely, they know how many are on the market and will always find a company that is willing to pay. They include programmers, developers, professionals of the financial sector. But in those industries where job applicants are more than jobs, especially if they do not involve any special qualifications, salary dictated by the market, and, as a rule, it is not too high.

“If you are not satisfied with the salary, study, improve skills, learn to effectively package and present yourself,” said the source of “Rosbalt”.

However, this good advice is more for office workers, he said. “People who work in very important positions — nurses, nurses, paramedics — also receive a penny. And it is entirely the responsibility of the state to ensure decent wages,” says Switchenko. After all, if the nurse retrain and find another job that will provide her a regular income, the hospital will be left without nurses.

“However, public sector wages are far below numbers that are in the may decrees of the President 2012,” said Switchenko.

In turn, the Deputy Director of the Centre for labour market studies HSE Rostislav Kapelyushnikov reacted to the study with skepticism. “The results of the survey show that the needs of the people more than their income. This is true, and it is always so. Nothing new in this. People always mention the salary that would satisfy their needs, give a figure higher than their real wages. Ask yourself though! This is normal. Well, I couldn’t believe these figures for one day the public, tomorrow all will be forgotten,” he said.

The expert stressed that the lack of inclination to learn to blame the Russians difficult, though, because everything like crazy, run for higher education. “If people had promising jobs, they would raise the qualification, to get more”, — says Kapelyushnikov. It is obvious that these places simply do not.