‘Just like a flu shot’: People may need to take Covid-19 vaccine annually ‘for the next several years’, says Johnson & Johnson CEO 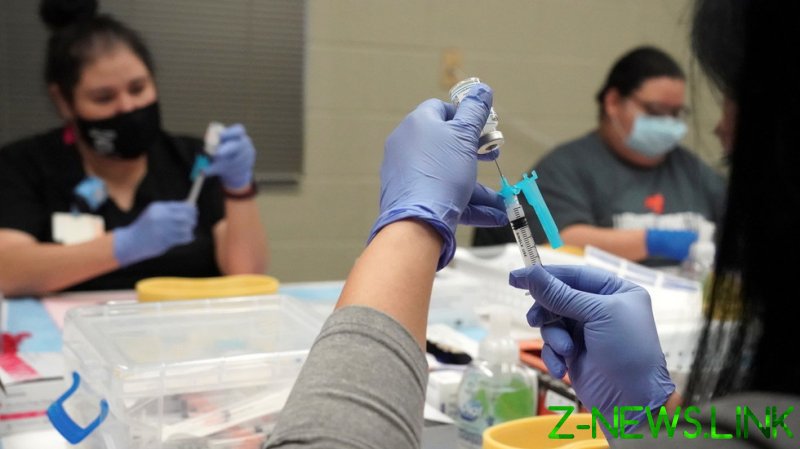 In a Tuesday interview with CNBC, Gorsky said it’s “likely” that “for the next several years, we’ll be getting a COVID-19 shot just like we would a flu shot.”

In this near future, Gorsky sees science keeping “pace” with the virus, but vaccines will allow people to “keep on living [their] lives.”

Johnson & Johnson could be introducing their Covid vaccine as early as this month. They applied for emergency use authorization from the US Food and Drug Administration (FDA) last Thursday, and the body’s advisory panel is set to make a recommendation about whether or not to greenlight the inoculation on February, 26.

A perceived benefit to their vaccine, in comparison to the already available ones from Pfizer and Moderna, is that it takes only one dose, as opposed to two given weeks apart.

Mutations to the virus, Gorsky told CNBC, means the public will need to be vigilant with taking vaccines, and future secondary vaccines may be needed.

“Unfortunately, as [the virus] spreads it can also mutate,” he said. “Every time it mutates, it’s almost like another click of the dial so to speak where we can see another variant, another mutation that can have an impact on its ability to fend off antibodies or to have a different kind of response not only to a therapeutic but also to a vaccine.”

Gorsky said his company is working “full speed” on getting authorization for their vaccine. The Department of Health and Human Services entered an agreement with Janssen Biotech, the company’s pharmaceutical subsidiary, in August of last year for 100 million doses of their vaccine, which Gorsky said can be delivered by June.