Just in time for Joe? US Covid-19 cases drop a record 35 percent over last three weeks 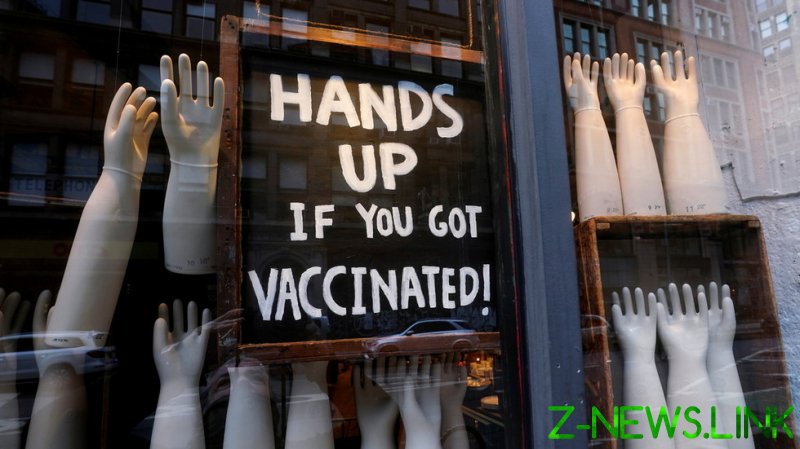 The New York Times posted the encouraging statistics on Thursday, crediting “the very early stages of herd immunity” and a possible increase in mask-wearing and social distancing. The paper did not provide evidence for any of the claims, calling them “possible explanations.”

“The United States has never experienced a sharp and sustained decline in new coronavirus cases – until, perhaps, now,” the paper declared in a timid deviation from its usual doomsaying.

The Times couldn’t resist crediting newly-inaugurated President Joe Biden – “a president who echoes scientific advice rather than flouting it,” in their words – as a “sign of change,” despite his having only taken office a week ago.

The president immediately began issuing executive orders concerning the pandemic, and the 24 million people who’d received the vaccine, as well as those heeding Biden’s advice on wearing masks, have been also praised for their role. However, it still remains to be scientifically evaluated if the jabs are able to prevent transmission of the virus.

With the vaccine, it’s the thought that counts, the Times suggested, citing a Pittsburgh health official’s claim that people were “really hunkering down now” because “it would be a shame to get a severe Covid case while waiting to get the vaccine.”

Another ‘coincidence’ likely to contribute to the case drop – though it went unmentioned in the Times – came from the World Health Organization, which reissued guidance on the use of the troubled PCR test used to diagnose Covid-19 earlier this month. The memo urged doctors to use “careful interpretation of weak positive results.” This advice has been interpreted by some to mean doctors have been running patient samples through too many amplification cycles, inadvertently picking up bits of dead virus or other stray genetic material that could lead to a false positive rate as high as 90 percent.

Any one – or all – of those factors could have contributed to the sharp decline in cases, but the Times didn’t want its readers getting their hopes up, noting “it could get worse again” if “people become blasé about masks and distancing” or if Biden doesn’t ramp up the vaccine rollout. Lest anyone experience an outbreak of optimism, readers were reassured that “the pandemic has not entered an inexorable decline.”

As of Thursday, the US has counted 25.6 million reported cases of Covid-19, according to the Covid Tracking Project. Some 4,101 people died with the virus on Wednesday, while 429,312 have died altogether.  A total of 107,444 Americans were hospitalized on Wednesday, representing a 14 percent decrease over a two-week period.