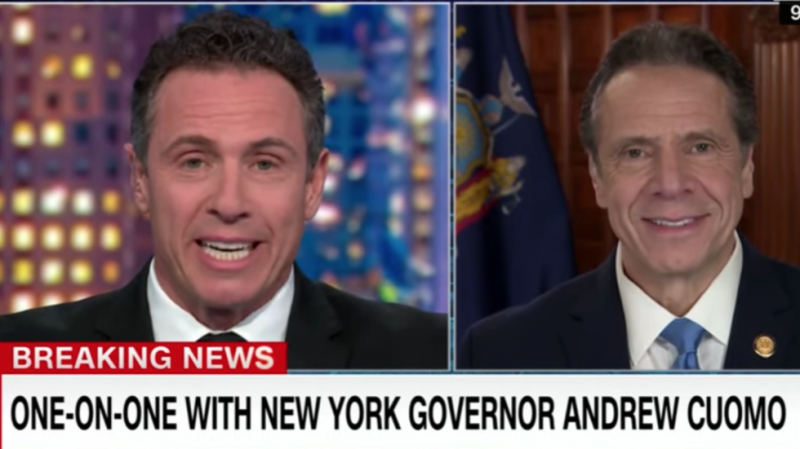 Cuomo is under investigation by the FBI and the office of the US Attorney in Brooklyn for the way his coronavirus task force handled nursing homes and other care facilities during the pandemic. That’s according to New York’s Times-Union newspaper, which reported the probe on Wednesday while acknowledging that it was in its “early stages” and “no allegations of wrongdoing have yet been made.”

The governor is under the microscope after his aide admitted on a phone call with leading state Democrats that the Cuomo administration had declined to share statistics with them about the number of nursing home deaths for political reasons, citing a probe by then-president Donald Trump’s Department of Justice. New York’s actual number of nursing home deaths was undercounted by at least 50 percent, the state attorney general found last month in a scathing report that occasioned an immediate – and still unexplained and unapologized-for – correction on the state’s website.

While the FBI may not have accused him of anything yet, Cuomo’s inner circle appears to be getting nervous. CNN confirmed on Wednesday that it has reinstated a ban on allowing anchor Chris Cuomo – the governor’s younger brother – to “interview or cover his brother,” while attempting to make excuses for the outlet’s failure to cover the tidal wave of nursing home deaths while it was happening, or connect it to the now-infamous order Cuomo gave in March forbidding nursing homes to test patients arriving from hospitals for Covid-19. Instead, the brothers exchanged jokes and jabs over who was “mother’s favorite” during the interviews.

Nor is it just Cuomo’s brother’s network backing away. New York City Mayor Bill de Blasio, who has repeatedly clashed with the governor during the pandemic, managed to throw some shade while insisting everything was business as usual. Asked if a phone call consisting of threats and “10 minutes of yelling” was normal behavior for the governor, de Blasio agreed the call was “classic Andrew Cuomo,” explaining “a lot of people in New York state have received those phone calls.”

Though some couldn’t resist bringing their favorite punching bags into it.