Home / WORLD / ‘Just a mention please!’ Trump demands credit for US vaccination plan as media report 100% of House Dems got the jab, unlike GOP

‘Just a mention please!’ Trump demands credit for US vaccination plan as media report 100% of House Dems got the jab, unlike GOP 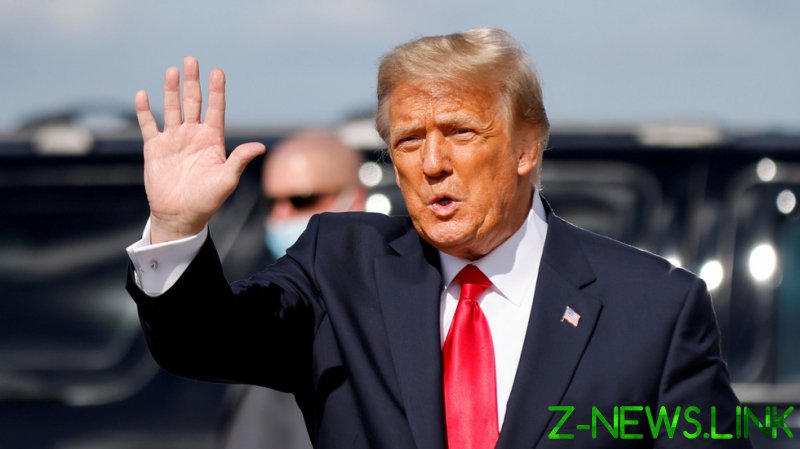 In a Friday statement, Trump once again took credit for the quick development and distribution of Covid-19 vaccines that his administration spearheaded and ripped the celebratory announcement this week from the Centers for Disease Control and Prevention (CDC) that fully vaccinated people can refrain from wearing masks indoors and outdoors.

“Isn’t it incredible that because of the vaccines, which I and my administration came up with years ahead of schedule (despite the fact that everybody, including Fauci, said [it] would never happen), that we no longer need masks, and yet our names are not even mentioned in what everybody is calling the modern day miracle of vaccines?” he wrote.

Without the vaccines, the former president continued, the world could be facing another Spanish Flu pandemic.

“Just a mention please! The Biden administration had zero to do with it,” he said of the vaccines, adding that the current president simply continued his predecessor’s distribution strategy and then took the credit.

The CDC announced on Thursday that fully vaccinated people are safe to not socially distance and to refrain from wearing masks indoors and outdoors. There remain numerous exceptions to the rule, however, including settings like hospitals and any business that still requires masks. States like New York have also been hesitant to pull back their mask mandates on individuals.

As usual, Trump’s boasting riled up his critics, but his own party triggered the same crowd based on a CNN report that compared the “100% vaccination rate” of House and Senate Democrats to a much lower rate for Republicans.

According to the Friday report, vaccine hesitancy appears to be higher among Republican lawmakers as every congressional Democrat claims to have been vaccinated against Covid-19.

When contacting Republican lawmakers to find out the rate of vaccinations, 212 House members and 46 out of 50 Senate members said they had been inoculated. Not surprisingly, 112 Republican House members refused to respond to the network, some citing the fact that they did not want to disclose personal medical information.

In the Senate, Ron Jonson and Thomas Massie said they were not getting the vaccine and cited previous infections giving them antibodies that make getting Trump’s “modern day miracle” not worth it, in their eyes.

Liberal critics have expressed outrage over the compare and contrast report from CNN.

“The House GOP caucus is pretty anti-vaccination,” one Twitter user wrote in response.

Conservatives, such as pundit Ben Shapiro, have pushed back against the criticism though, chalking vaccinations up to a personal choice that should have little impact on vaccinated individuals.

It has also been announced that the mask mandate on the House floor requiring all lawmakers and staff to wear masks will remain in place until everyone is vaccinated.

House Speaker Nancy Pelsoi (D-California) said on Friday that the mask mandate would remain in place until everyone is vaccinated and Capitol physician Brian Monahan later confirmed this decision.

“The present mask requirement and other guidelines remain unchanged until all members and floor staff are fully vaccinated,” he said in a statement.