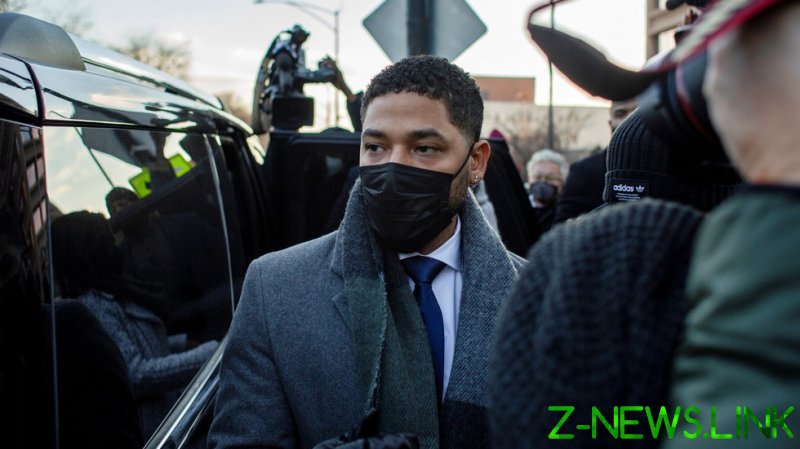 The jury went into deliberations on Wednesday afternoon and returned with the verdict on Thursday evening, after a total of nine hours. They found Smollett guilty on five out of six counts he was charged with.

Smollett, 39, was charged over the January 2019 incident, in which he claimed to have been assaulted by two white men calling him racial and anti-gay slurs, pouring bleach on him, and throwing a noose over this head.

He claimed the attackers had said “This is MAGA country,” referring to the “Make America Great Again” campaign slogan of then-President Donald Trump.

The story made international headlines and prompted an outpouring of solidarity from Democrat politicians and the corporate US media. However, it soon emerged that the alleged attackers were two Nigerian brothers who had known Smollett.

Abimbola and Olabinjo Osundairo testified at the trial that Smollett had written them a check for $3,500 to pay for the staged attack, and given them another $100 to buy bleach and rope. Security cameras showed the Osundairos buying the supplies, as well as apparently staging a “dry run” with Smollett days before the incident.

Smollett was found guilty of lying to Chicago PD Officer Muhammed Baig twice and Officer Kimberly Murray three times, following the purported attack on January 29. He was acquitted on the last count, of lying to Detective Robert Graves on February 14, 2019 that he had been a victim of aggravated battery two weeks prior.