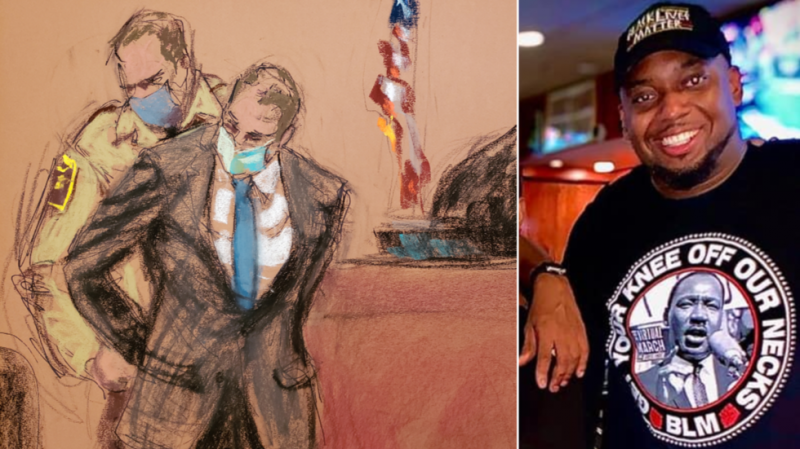 Brandon Mitchell, the first juror to come out publicly and do media interviews about the Chauvin trial, told syndicated radio host Erica Campbell this week that serving on juries is important “if we wanna see change, we wanna see some things going different.” He added, “We gotta get out there and get into these avenues, get into these rooms to try to spark some change. Jury duty is one of those things – jury duty, voting. All of those things we gotta do.”

Mitchell described in other media interviews how he and all but one of the other 11 jurors were quickly ready to convict Chauvin on all charges (second-degree murder, third-degree murder and manslaughter) in connection with the death last May of George Floyd. The incident sparked a wave of Black Lives matter protests, many of which turned violent, across the nation.

And yet Mitchell, a 31-year-old black man who coaches high school basketball in Minneapolis, where Floyd’s infamous death occurred, reportedly told Judge Peter Cahill during jury selection in March that he hadn’t heard anything about the George Floyd civil case. He said he may have heard some basic information in news reports about trial dates and whatnot, but nothing that would prevent him from serving as an impartial juror.

Mitchell also told Chauvin’s defense lawyer during questioning that he didn’t know whether Chauvin did anything wrong and that he believed the officer had no intention of harming anyone.

However, a Facebook post last August by Travis Mitchell, uncle of Brandon Mitchell, appears to show the future juror wearing a BLM hat and a BLM T-shirt with a message that alluded specifically to the George Floyd incident: “Get your knee off our necks.” Floyd died after Chauvin pinned him to the pavement, pressing his knee against his neck for more than nine minutes.

Some social media users suggested that Mitchell’s views could become grounds for an appeal in the Chauvin case. Another potential basis for seeking a new trial could be a threat during the trial by US Representative Maxine Waters (D-California) that failure by the jury to find Chauvin guilty of murder would necessitate “more confrontational” protests. Cahill said the congresswoman’s remarks could lead to the verdict being overturned.

Lisa Christensen, an alternate juror in the case, said she feared “rioting and destruction” if Chauvin weren’t convicted. “I was concerned about people coming to my house if they were not happy with the verdict,” she said.

But Mitchell said he felt no such pressure. “I don’t think any of us felt like that,” he said in a CBS News interview.