In the Internet appeared the official trailer “vyzhivatelnogo” movie “Jungle” (Jungle) with Daniel Radcliffe in the lead role. The film was shot by Aussie Greg McLean, is intimately familiar with the dangers of nature and often tantalizing in their projects the hapless tourists. This time he became interested in the real story of one Israeli traveler.

Yossi Ginsberg, a young enthusiast, the adventurer is sent to the Amazon jungle together with a couple of friends and a guide, hiding his past. This journey turns into a frightening ordeal for the psyche and the real struggle for survival when the characters are faced with the darkest side of human nature and death threats to the nature is wild.

These stories are always interesting, and if they grew on a real basis, it is doubly interesting. It is one thing when in the forests, fields and mountains, among the wild beasts climbs some Bear Grylls, and quite another when in an extreme situation is much less prepared.

For the Russian release of the company is responsible “MEGOGO Distribution”, and recently it became known that the release is postponed. Now “Jungle” gets to the national cinema on 9 November 2017. 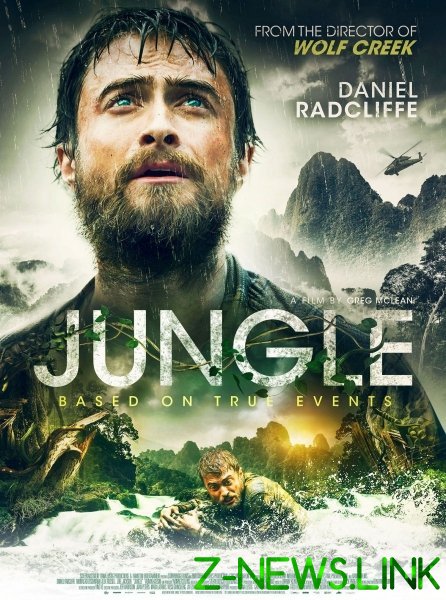