Julian Assange has no prayer against the ‘Empire of Lies’ 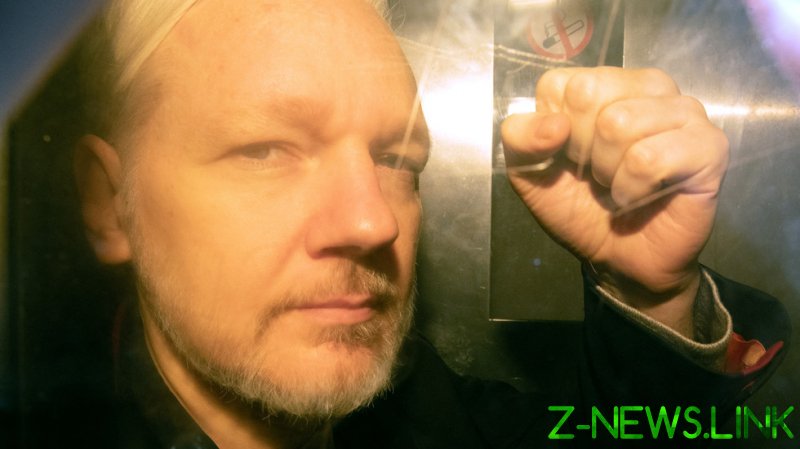 After years on the run from various governments, Wikileaks editor Julian Assange now appears to be heading to the United States, where he can expect to face an election-year show trial built upon a mountain of media-supported lies.

This week, the UK Home Office announced, with no small degree of irony, that extraditing Assange to the United States, where he is wanted for his role in leaking thousands of sensitive government documents, would not impinge upon his “right to a fair trial and … freedom of expression.”

That is fresh, considering that it is precisely the question of ‘freedom of expression’ that made the Australian-born editor and activist the world’s most wanted man in the first place. It is hard to calculate what effect Assange’s extradition, should it occur, will have on press freedoms around the world. The word ‘chilling’ comes to mind.

Arguably the most devastating batch was The Iraqi War Logs, which represents the biggest military leak in the history of the United States. The records provided irrefutable evidence that American and British officials had deceived the world when they claimed there was no official tallying of civilian deaths in the Iraq war. In a user-friendly dashboard, Wikileaks allowed millions of people to locate 66,081 civilian deaths out of a total of 109,000 fatalities for the period from January 1, 2004 to December 1, 2009. This is the sort of transparency few militaries relish.

While revelations of Iraqi civilian deaths were shocking, they were not necessarily surprising. After all, by this time the American public had already been introduced to lurid places like Guantanamo Bay and Abu Ghraib, humanitarian no-go zones where the torture and abuse of inmates pulled back the curtain on

a sick and twisted side to the military mind few could have imagined. Moreover, there was no way for the United States to sweet talk its way out of these allegations, which were there for all to see in black and white.

What is it, then, that has really made Julian Assange America’s most wanted man, who faces up to 175 years in prison merely for playing messenger? Let’s not forget that other news media, including The Guardian, New York Times, and Der Spiegel, among many others, also published the damning information, yet it is Assange who faces espionage charges in the United States. 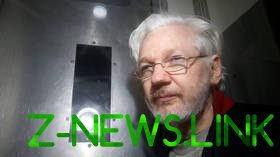 What is the real reason that Julian Assange was forced to seek refuge in June 2012 at the Ecuadorian embassy in London after Sweden issued a warrant for his arrest over allegations of sexual misconduct that have since been dropped? Perhaps it has more to do with his uncovering of illegitimate activity inside the Democratic Party than any excessive deaths and atrocities on the battlefields of Iraq and Afghanistan?

In the run up to the 2016 presidential election between Hillary Clinton and Donald Trump, WikiLeaks released a devastating trove of emails either hacked or leaked from Clinton’s campaign email account. The Democratic National Committee (DNC) attempted to conceal the damage by promoting the tale that ‘Russian hackers’ had infiltrated the organization’s computers. Meanwhile, the more ‘conspiratorial’ explanation is that they were delivered to WikiLeaks via a staff member inside the DNC. More on that later.

One consequence of the leaky plumbing, aside from severely damaging Clinton’s presidential bid, was that it forced DNC Chairwoman Debbie Wasserman Schultz to resign. In an embarrassing self-own, the emails showed Democrats working to undermine the campaign of Bernie Sanders, a fellow Democratic nominee, in an effort to boost Clinton.

But the story, at least for the Democrats, gets worse.

Less than a week before the elections, WikiLeaks released another batch of DNC emails, this time showing that interim DNC Chairwoman Donna Brazile (a CNN contributor who took over for the disgraced Wasserman Schultz) had fed questions to the Clinton camp that would be asked during a CNN town hall debate against Trump. As far as ‘endangering US democracy’ goes, the Russians had nothing on that one. In fact, many furious voters were demanding that Clinton forfeit the presidency to Trump before any elections were even held.

A heavy footnote to this story is how Julian Assange and WikiLeaks got the DNC emails in the first place. On the one side is the story that ‘Russian hackers’ had cracked the DNC computers; on the other side, that an internal source within the DNC passed off the material. Regarding the second possibility, just days before the DNC email scandal broke, a DNC manager by the name of Seth Rich was gunned down on the streets of Washington, DC. This led conspiracy theorists to speculate that the young man might have been the source of the leak. Rich was murdered on July 10, while WikiLeaks issued the first of its DNC material on July 22.

While Assange refused to name the source of the DNC emails, it did not go unnoticed that WikiLeaks posted a $20,000 reward for information leading to the arrest of the murderer or murderers of Mr. Rich.

Finally, it is certainly the greatest coincidence that Julian Assange may be paraded in chains along Pennsylvania Avenue in the midst of a tense election year, and at a time when the Democrats desperately need a good distraction from the accumulating bad news, mostly on the economic front.

And as everyone knows, and no one better than Donald J. Trump, nobody is more enthusiastic about hosting show trials than the Democratic Party. Should Assange’s appeal process fail and he be extradited to the US, nobody should be surprised when the mainstream media, loyal to the Democratic Party, forgets that the prisoner before them is a fellow journalist with a duty to call out government malfeasance, seeing him rather as the individual who may have cost Hillary Clinton the throne in 2016 against the loathsome Orange Man.

Julian Assange can expect no justice in the US, nor even any sympathy, which is why London should never have agreed to extradite him to the Empire of Lies in the first place.