Judges from Germany serve of the match “Shakhtar” – “Napoli” 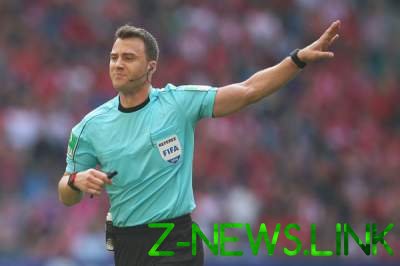 The judicial Committee of UEFA announced the referees for the match of the group stage of the Champions League between Shakhtar and Napoli.

The opening match of Shakhtar in the Champions League will support the German referees headed by authoritative Felix Zviera. Assistants to the main arbitrator appointed Thorsten Shiffner and Marco Agmuller function referee will take Daniel Siebert and Sasha Stegemann, and the fourth arbitrator named Rafael Foltyn.

For 36-year-old Zviera launched European Cup season was the sixth in his career. A German referee, working as a real estate agent for the fifth time will work out the match of the Ukrainian club in European competition.

The first round match of the group stage of the Champions League between “Shakhtar” and “Napoli” will take place in Kharkov on Wednesday, September 13. The clubs will first meet at the European Cup arena.