Judge’s denial of Assange bail ‘unfair & illogical,’ no reason to keep him behind bars – WikiLeaks editor-in-chief 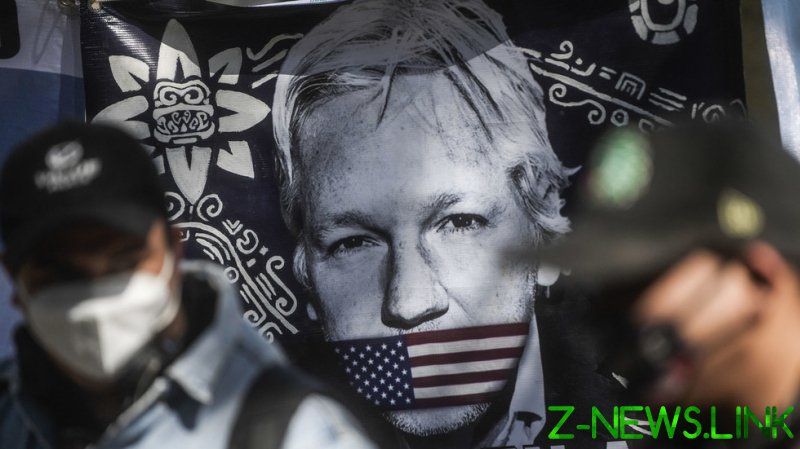 It’s unjust, unfair, and illogical, when you consider her ruling two days ago about Julian’s health.

On Monday, Baraitser refused to allow Assange’s extradition to the US, citing concerns that the American justice system cannot prevent his possible suicide behind bars. Yet on Wednesday, she refused to grant bail, saying there is a high risk of the defendant not showing up for the appeal proceedings.

At the same time, the activist’s lawyer has argued that the judge’s recent decision to deny extradition “massively reduces” any motivation not to appear in court.

Hrafnsson told reporters that Assange’s physical and mental health has significantly deteriorated in the high-security Belmarsh prison in London, where he has already served a 50-week sentence for skipping bail in 2012 to avoid extradition to Sweden.

“To send him back there doesn’t make any sense,” Hrafnsson said, adding that the ruling will likely be appealed in the nearest future. “The fight will continue. We want this to end, but we have confidence that justice will prevail.”

Stella Morris, Assange’s partner and the mother of his two children, stressed that the activist should not have been locked up in Belmarsh in the first place. “I urge the [US] Department of Justice to drop the charges and the President of the United States to pardon Julian,” she said.

In the US, Assange is accused of conspiracy to obtain and release top secret information pertaining to the conduct of American troops in Afghanistan and Iraq. He could face up to 175 years in prison if extradited and found guilty of all charges.