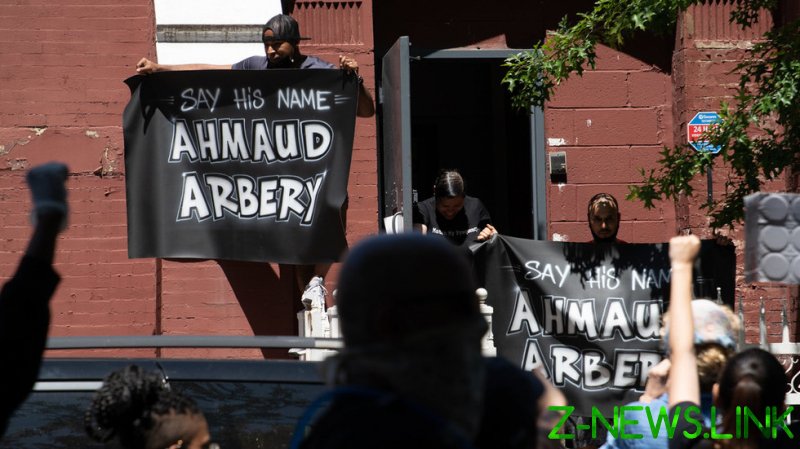 Only local officials have the authority to abolish the police department, the judge ruled on Friday, effectively squelching a bill passed last month that would have put the question before voters in November. The Glynn County Board of Commissioners had filed a lawsuit in August seeking to stop the proposed referendum, arguing that under the state’s constitution, only the commissioners have the right to disband the force.

Former Glynn County cop Gregory McMichael and his son Travis were charged with murder and aggravated assault in May, months after 25-year-old Arbery was shot in a struggle between the three men. The altercation was caught on video, but only after that clip went viral were the charges filed. The footage itself – and the delay in prosecuting the McMichaels – helped fuel the Black Lives Matter movement that erupted nationwide with the police killing of George Floyd in May.

The US Justice Department is investigating why it took Glynn County police so long to bring charges against their former colleague. At the same time, the state legislature passed a bill in June to dissolve the department, which would place law enforcement for the area in the hands of the sheriff’s office. Kemp signed the bill into law in August, though state law required voters to sign off on it first – a referendum which is now unlikely to happen.

McMichael reportedly told police he pursued Arbery as he jogged through the city of Brunswick because the young man looked like a burglary suspect, calling his son to join the chase. Footage of his final moments shows he attempted to grab a shotgun from one of the men, a move that has been spun as either self-defense or aggression by those on each side of the issue.