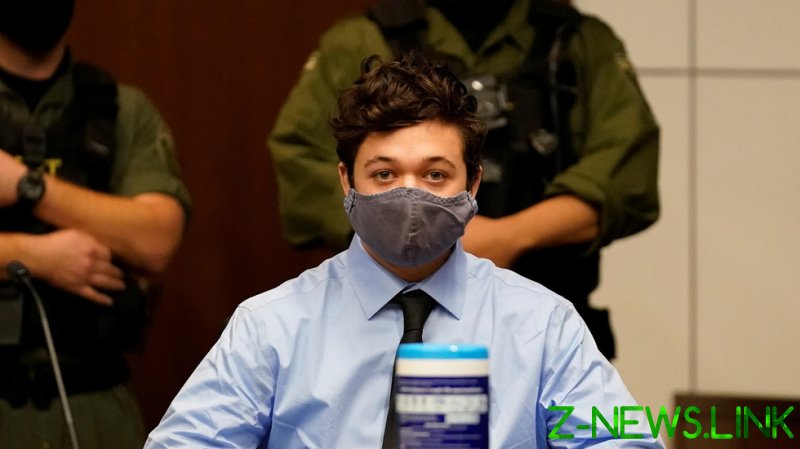 The request was shot down by Kenosha County Circuit Judge Bruce Schroeder on Thursday, denying the new warrant as well as a $200,000 bail increase, according to the Associated Press. Both were proposed last week after prosecutors said Rittenhouse had changed his address without notifying the court as required.

However, the 18-year-old’s attorneys say he was forced to move into a “safe house” at an undisclosed location due to a deluge of threats following his original release from custody on a $2 million bond in November.

“It is of concern to the defense that any information regarding Kyle’s location being publicly available would result in immediate harm to the Rittenhouse family,” said Rittenhouse attorney Mark Richards in a court filing.

While the lawyers initially offered to share Rittenhouse’s new address on condition it be kept under seal, Binger objected, insisting the address of an accused murder is public record and calling the offer “completely unacceptable.” Judge Schroeder was ultimately informed of the new residence earlier this month, but court records from Thursday show Rittenhouse’s attorneys have also been ordered to hand over the address to a deputy court clerk and a “designee” from the sheriff’s department. It will continue to be kept private otherwise, however.

Rittenhouse was charged in November with seven counts, among them first-degree intentional homicide, after he shot and killed two people during protests and rioting in Kenosha last summer, wounding a third. The incident was caught on video, appearing to show Rittenhouse being chased in the moments before the altercation. The footage sparked heated debates whether the teen fired in self-defense.

Since posting bond, prosecutors have attempted to revoke or alter his bail conditions on at least two occasions, accusing the teen of cavorting with “white supremacists” at a bar last month in addition to the latest arrest warrant request. The court ultimately determined the incident at the bar did not violate his bail terms, though it did order Rittenhouse to refrain from consuming alcohol and having contact with any person or group “known to harm, threaten, harass or menace others on the basis of their race, beliefs on the subject of religion, color, national origin, or gender.”

According to court records, Rittenhouse’s next hearing is set for March 10