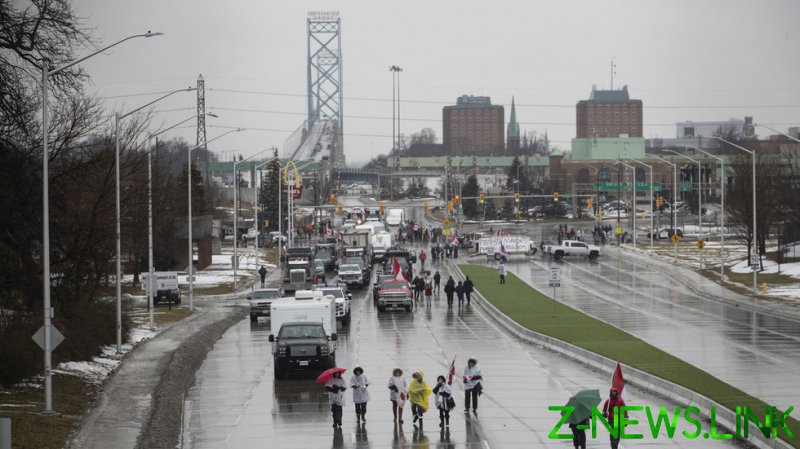 Truckers and other protesters demonstrating on the bridge between Windsor, Ontario and Detroit, Michigan have until 7 pm local time to leave or face being arrested and having their vehicles seized, the Ontario Superior Court said on Friday.

Chief Justice Geoffrey Morawetz issued the ruling after more than four hours of a virtual hearing on complaints by the city of Windsor and auto parts makers, who said the blockade that started Monday was hurting their business.

The protests at the busiest US-Canada border crossing that accounts for more than a quarter of trade between the two countries caused traffic to come to a grinding halt.

Earlier on Friday, Ontario declared a state of emergency over the blockade, giving police sweeping powers to detain and fine demonstrators refusing to disperse, with Premier Doug Ford declaring that it was “illegal and punishable to block and impede the movement of goods.”

Those who defy the order can face steep fines up to $100,000 and a year behind bars.

Truckers and allies have also flooded Canada’s capital, Ottawa. The protesters have likewise refused to scatter on their own, demanding their request to lift Covid-19 vaccine requirements is met by Canadian PM Justin Trudeau, who earlier referred to the protesters as a “fringe minority” with “unacceptable views.”  On Friday, the PM again urged the demonstrators to disperse, suggesting they might end up with a criminal record and lose their license to operate trucks. 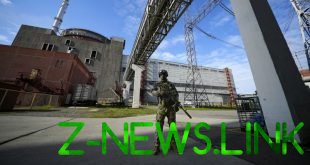