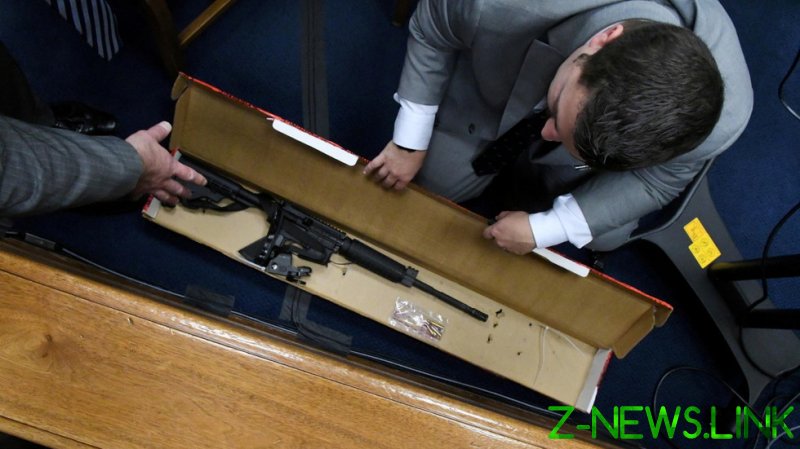 Among the charges prosecutors were levying against Rittenhouse was a misdemeanor gun charge related to a Wisconsin statute that Judge Bruce Schroeder admitted last week was difficult to understand.

Rittenhouse is facing multiple charges, including first-degree homicide, for shooting and killing two men and injuring a third during violent protests in Kenosha, Wisconsin last year. Rittenhouse and his defense lawyers have maintained that the then-17-year-old acted in self-defense during the anti-police Black Lives Matter protest last August.

Prosecutors have tried presenting multiple other charges to the jury, including a second-degree homicide charge the judge ruled would not go before the jury last week.

The statute is meant to exclude minors from carrying certain weapons, while also allowing them the freedom to use rifles to hunt, a common pastime in the state. Critics have argued an AR-15 falls into a “loophole” within the law, but the defense has maintained the statute comes down to barrel length, and Rittenhouse was not in violation.

The gun charge had presented an opportunity for the prosecution to score a conviction on a lower count, should the jury decide Rittenhouse acted in self-defense.

The judge’s decision on Monday came before final arguments were made to the jury. Many on social media pointed to the gun charge as the latest victory for Rittenhouse in the case, which has seen multiple clashes between the prosecution and judge, as well as witness statements that seemingly corroborate Rittenhouse’s story about acting in defense.

There are five counts being presented to the jury against Rittenhouse now, including intentional homicide and reckless endangerment.