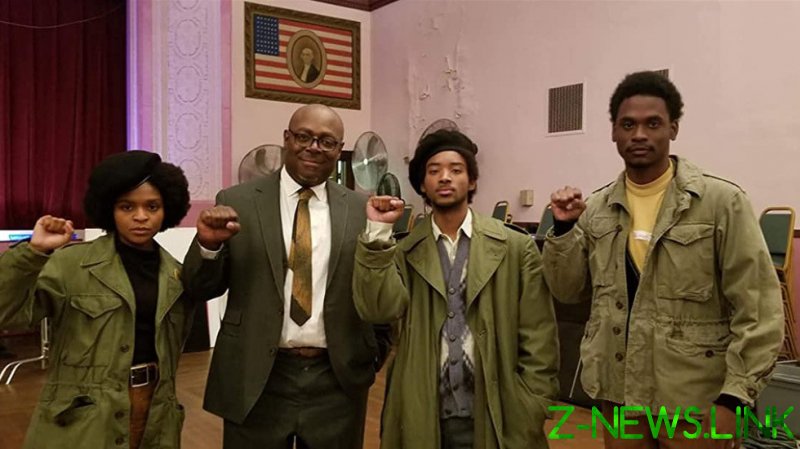 Judas and the Black Messiah, which opened in theaters and on the streaming service HBO Max on February 12, recounts the true story of the betrayal of Fred Hampton, the charismatic chairman of the Illinois chapter of the Black Panthers, by Bill O’Neal, an FBI informant.

The flawed but fantastic film, written and directed by Shaka King, features a fascinating story and scintillating performances from Daniel Kaluuya as Hampton and LaKeith Stanfield as O’Neal, making it among the very best movies of this thus far cinematically calamitous year.

Predictably, many critics are using the film to connect the more recent Black Lives Matter movement with the revolutionary Black Panthers of the 1960s spotlighted in the film.

This is an intellectually egregious and mind-numbingly vacuous interpretation of the movie and its narrative.

The film isn’t about our current manufactured myopia regarding race; it’s about power and the great lengths those with it will go to subjugate those without it in an effort to maintain the status quo.

Infamous FBI Director J. Edgar Hoover, embarrassingly portrayed in the movie by Martin Sheen in an obscenely amateurish prosthetic nose, deemed the Black Panthers “the greatest threat to the internal security of the country” because, among other reasons, their free breakfast program for kids wasn’t just for black kids, but for all kids.

In response, Hoover unleashed COINTELPRO (Counter Intelligence Program) and its dirty tactics on the Black Panthers, just as he had done previously to Malcolm X and Martin Luther King and other leftists.

As highlighted in the film, the Black Panthers and Hampton were seen as direct threats to the power structure of the US, because they worked to bring all poor and working-class people together, be they black, Native American, Latino, and even Confederate flag-waving whites, against a common enemy, the ruling class, which subjugated and abused them.

Hampton, Malcolm X, and MLK weren’t targeted by COINTELPRO’s massive surveillance and infiltration operation and ultimately assassinated under extremely suspicious circumstances because they were standing up just for black people, but because they were trying to bring all people together to fight against the corrupt and criminal political power exploiting the poor and working class in America and across the globe.

In comparison to the towering revolutionaries of Hampton, King, and Malcolm X, Black Lives Matter are shameless courtesans to the establishment.

The FBI obviously doesn’t see BLM as a threat; hell, it is such a collection of useful idiots, you wonder if the feds started it in the first place? The power structure’s greatest fear is that poor and working class black and white people will stop directing their anger at each other and start directing it at Washington, Silicon Valley, and Wall Street. BLM is a critical tool to thwart that impulse and keep the proletariat separated by race – conveniently divided and conquered.

This is how something as innocuous as ‘All Lives Matter’ is transformed into a racial slur instead of a rousing rallying cry. BLM gives away its establishment protection game by so aggressively making enemies out of potential allies, proving it would rather separate people than bring them together for a clear common cause – stopping police brutality.

There are other signs that BLM is the establishment’s controlled opposition.

For example, when a protest by QAnon clowns at the Capitol building turned into a riot, it was immediately labeled an ‘insurrection’ and false stories about it were propagated throughout the mainstream media, with the feds hunting down the perpetrators. But these same feds and media supported BLM’s “mostly peaceful protests” that attacked police stations and government buildings, took over portions of major cities like Portland and Seattle and turned others into looted, chaotic, burning madhouses for months.

Another example is highlighted in the film when Hampton belittles the idea of a school name change as some kind of substantial victory. BLM specializes in this sort of self-righteous symbolism, empty sloganeering (‘Defund the Police’), and toothless grandstanding that intentionally doesn’t address the actual conditions under which poor people suffer. It is all style over substance, as BLM would rather bring down statues than hunger, homelessness, or homicide rates.

What makes Judas and the Black Messiah so poignantly tragic is that it shows that the FBI, which the left now adores, has always been the front line for American fascism, and its victory over genuine dissent has been spectacular.

This is why we now have vapid, race-hustling, racial grievance grifters like Al Sharpton instead of intellectual giants like Malcolm X and MLK. And why we got the ‘hope and change’ charlatanry of Barack Obama, a maintenance man for the status quo who dutifully bails out Wall Street while Main Street crumbles, instead of the revolutionary Fred Hampton. And why we are fed the lap dog of Black Lives Matter play-acting at defiance, while being whole-heartedly embraced by the corporate and political power structure, instead of the bulldog of the Black Panthers putting genuine fear into the establishment.

The Black Lives Matter contingent think they’re Fred Hampton, but they’re frauds, phonies, shills, and sellouts, just like Bill O’Neal. And that’s why I recommend Judas and the Black Messiah… not just for the standout performances of Kaluuya and Stanfield, but because it rightfully exposes those bourgeois BLM bulls**tters.