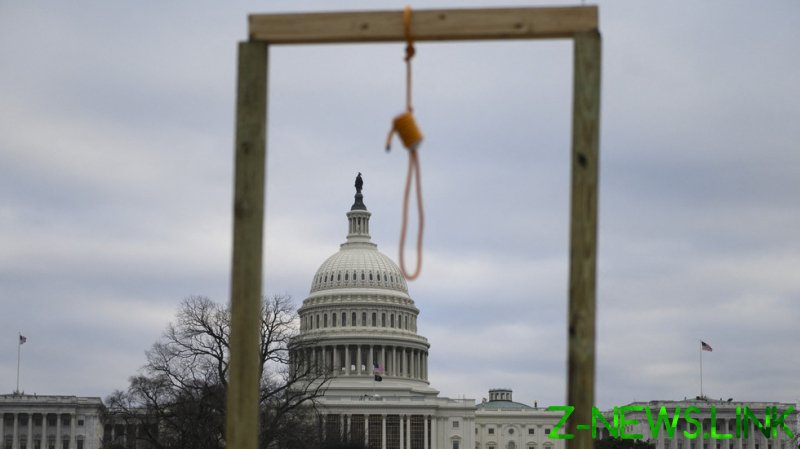 On Monday’s episode, Behar called out recent comments by Senator Ron Johnson (R-Wisconsin), who said he would have been more worried if the people who stormed the US Capitol on January 6 had been Antifa and Black Lives Matter rioters, rather than supporters of former President Donald Trump. Behar called Johnson a racist and set up her arguments against him by falsely portraying the Capitol rioters and dismissing Antifa completely.

“If I were surrounded by people carrying weapons, people erecting nooses, screaming ‘hang Mike Pence,’ bludgeoning a police officer to death, I might be a little scared,” Behar said as she read her statement. “But Ron? No, he’s not scared of those people.”

Journalist Andy Ngo, who was attacked by a mob of Antifa protesters in 2019, and whose  bestselling book about Antifa’s origins and plans was published last month, said Behar should read criminal complaints from around the country showing suspects’ ties to Antifa. One such case involved Darby Howard, who was arrested twice last Thursday in Portland – once for allegedly punching a cop in the head and helping trash a bank lobby, and later for allegedly throwing a scooter through a window of the federal courthouse. He was still wearing the orange sneakers issued by the city jail when he was arrested the second time.

Another author, David Harris Jr., pointed out that Behar argued Antifa doesn’t exist despite the fact that the group rioted for 120 consecutive days last year in Portland alone.

“This is outrageous,” conservative commentator Brigitte Gabriel said. “Ideas don’t burn down and loot our cities.”