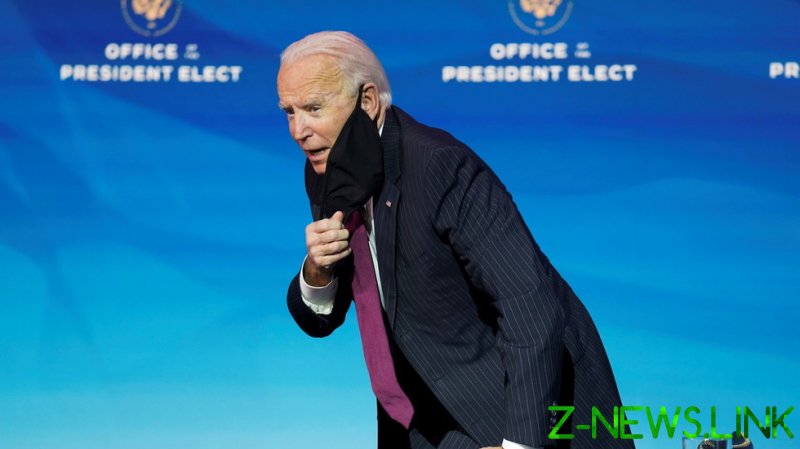 The journalist, whose name was not revealed, worked on the transition pool on Monday and Tuesday and traveled with the president-elect to Georgia, where he campaigned for two Democrat candidates for the US Senate.

The transition office said they began contact tracing “immediately” on hearing of the test on Wednesday and determined that the said reporter was never in “close contact” with Biden, at least as defined by the US Centers for Disease Control and Prevention (CDC).

One member of the traveling communications team who was in “close contact” was told to self-quarantine for seven days “out of an abundance of caution,” while other members of the traveling pool will not be allowed back on duty “until they clear the window for being infectious,” the office said.

The positive test was disclosed by the White House Correspondents’ Association in an email. The WHCA head Zeke Miller said the individual is experiencing “mild symptoms” and isolating in order not to spread the virus.

This is not the first case of someone in Biden’s vicinity testing positive for the coronavirus. Back in October, a crew member of his campaign plane turned up positive. Biden brushed off the danger by saying he was more than 50 feet away from the crew member and all times, and wearing a N-95 mask. He was subsequently photographed wearing two facemasks for several weeks.

His running mate Kamala Harris briefly suspended her campaign travel after her communications director and a plane crew member both tested positive after an October 8 flight.

Biden coughed through his address to the nation on Monday evening, after the Electoral College formally cast their 306 votes for him, to President Donald Trump’s 232. The president-elect blamed it on a “bit of a cold” during a livestream, after some supporters expressed concern.

Trump was diagnosed with the virus after the first debate with Biden and recovered within a week. He has so far refused to concede the election.