Home / WORLD / ‘Journalism is not a crime’: Biden accuses Beijing of ‘denying basic liberties’ following the closure of Apple Daily

‘Journalism is not a crime’: Biden accuses Beijing of ‘denying basic liberties’ following the closure of Apple Daily 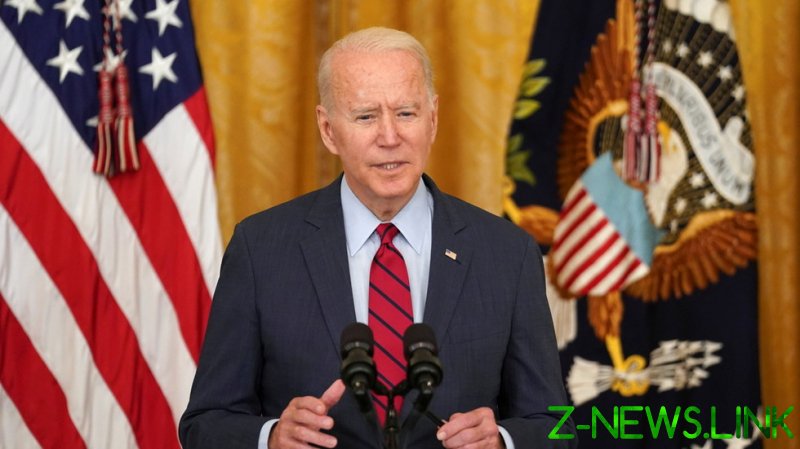 Hong Kong-based newspaper Apple Daily closed its doors on Thursday after its offices were raided by police, employees detained, and assets frozen following accusations that the outlet was engaging in “collusion with a foreign country.”

Officials pointed to examples of the newspaper encouraging foreign sanctions on China as a “crucial part” of their accusation.

Li Ping, an editorial writer at the paper, was arrested in Tseung Kwan O “on suspicion of conspiring to collude with foreign countries or foreign forces to endanger national security,” and the paper’s CEO, COO, and chief editor were all taken into custody.

In a statement on Thursday, Biden called Apple Daily a “much-needed bastion of independent journalism in Hong Kong” that was forced to close due to “intensifying repression by Beijing.”

The president went on to say the national security law Apple Daily is accused of violating “penalizes free speech,” and called on Beijing to “stop targeting the independent press” and release all detained Apple Daily employees.

“It’s not a problem to criticize the Hong Kong government, but if there is an intent to organize activities to incite the subversion of the government then that is, of course, a different thing,” she said about the arrests.

The US had previously condemned the arrests and raid as “politically motivated,” something Lam specifically denounced.

Hua Chunying, spokesperson for the Chinese Foreign Ministry, has also previously criticized the US regarding press freedom.

“Some in the US, in the name of freedom of press and speech, wantonly smear and attack China. This in itself is spreading disinformation and a travesty of real freedom and democracy,” she said, going on to cite Julian Assange as an example of the US’ negative treatment of journalists.

“If they are truly defending freedom, why deprive other countries of their right and freedom to normal development and suppress them?” she added.