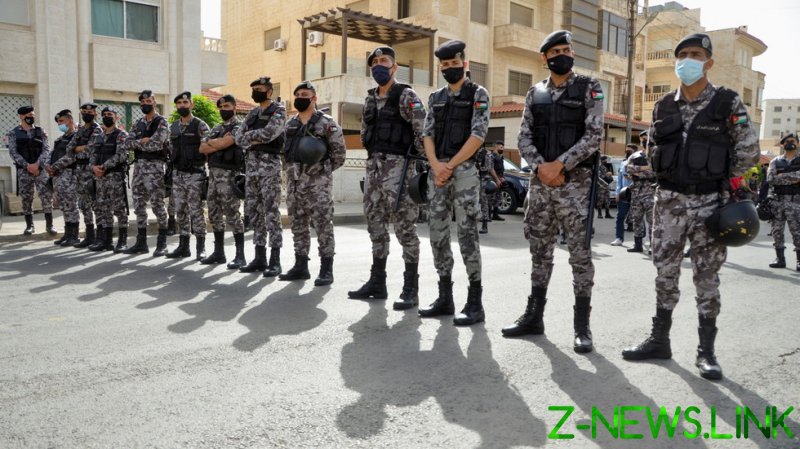 The public prosecutor of the State Security Court has ratified the charges against the former royal court chief, Bassem Awadallah, and Sherif Hassan Zaid, a distant relative of King Abdullah II, the nation’s state news agency confirmed on Sunday.

The two men stand accused of inciting opposition to the nation’s political system and committing “acts that threaten public security.” The two charges carry up to 30 years in prison, according to the judicial sources cited by Reuters.

The military court is expected to begin the proceedings in both cases next week. Awadallah and Zaid were arrested in early April, together with some 14 other senior officials, over an alleged plot against the royal family.

The list of the suspected plotters also included the king’s half-brother, Prince Hamzah, who was accused of conspiring with foreign powers to undermine Jordan’s national security. He had already been stripped of his crown prince title by the monarch in 2004.

Prince Hamzah and the officials were arrested over allegedly having attended tribal meetings at which the king was criticized. The Jordanian media released a letter attributed to the prince soon after he was placed under house arrest. In it, he pledged loyalty both to the king personally and to the traditions of the Hashemite dynasty, which rules Jordan.

King Abdullah responded to the letter, saying, “The sedition has been buried,” but expressed his “pain and anger” over the incident. The prince was released and is now resident in his own palace but under the king’s protection.

Awadallah, previously Jordan’s finance minister, played a significant role in the drive to liberalize the country’s economy. He is also considered one of the closest economic advisers to Saudi Crown Prince Mohammed bin Salman. Earlier, Amman reportedly denied Riyadh’s request to hand him over.

According to Reuters, citing local media, Prince Hamzah allegedly wanted Awadallah to lobby Western governments and Saudi Arabia as part of his own plan to accede to the throne.

Jordan – one of the US’ allies in the Middle East – is a constitutional monarchy in which the king still wields extensive executive and legislative power, and appoints the government that answers to the nation’s parliament. A video Prince Hamzah’s lawyer sent to the BBC back in April after his arrest showed the prince blasting the “nepotism” and “corruption” of the country’s general leadership.