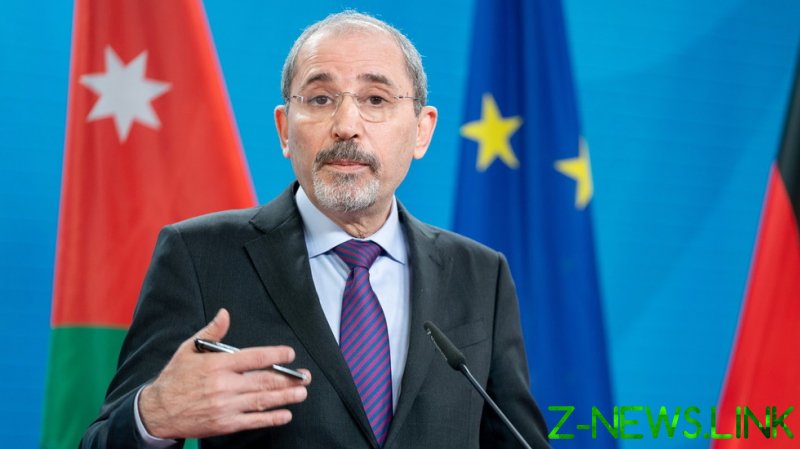 Foreign Minister Ayman Safadi held a brief press conference on Sunday to confirm the arrest on Saturday of Prince Hamzah, among around 16 others. The royal scion held the position of crown prince under his half-brother King Abdullah II before the monarch revoked the title in 2004, making his son Hussein the new heir-apparent.

The foreign minister confirmed that Prince Hamzah and others were arrested for allegedly plotting with outside forces against the royal family. The statement did not specify what the exact goal of the prince’s allegedly seditious activities was, stopping just short of accusing him of an attempt to overthrow the king.

Jordanian authorities have long monitored the plot’s development and arrested the suspects after it progressed from the planning stage to the scheduling of concrete action, the official said. Few details were revealed, but Safadi said a foreign intelligence service communicated with Hamzah’s wife, offering the family a plane ride out of Jordan. The official didn’t name the country which is suspected of being involved in the plot.

The royal Hashemite dynasty intends to resolve the situation internally in accordance with the law and guided by mercy, the minister said.

On Sunday, Queen Noor, the mother of Prince Hamzah, called the accused individuals “innocent victims of… wicked slander” and expressed hope that justice will prevail.