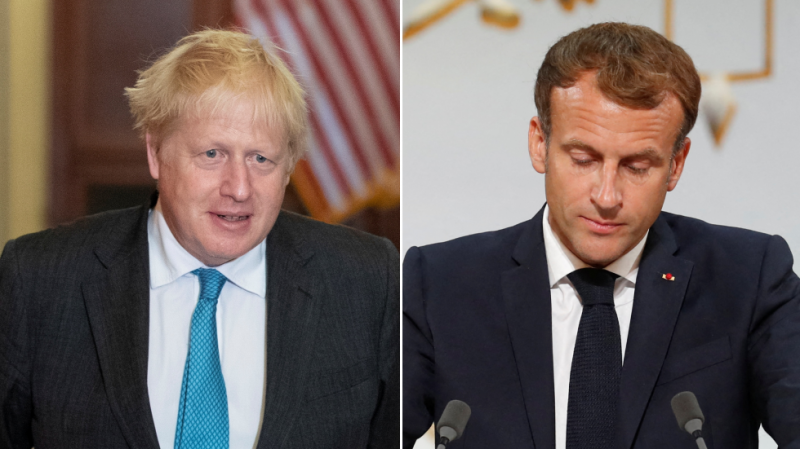 Australia’s decision to renege on a €56 billion contract it had agreed with France for the supply of eight diesel electric submarines might have caused some upset in the Elysee Palace but British joker and sometime PM Boris Johnson’s mocking ‘donnez-moi un break’ will have French President Emmanuel Macron reaching for the nearest vase to hurl at his TV.

While it’s great fun to bait the French – they always bite – Bojo’s “I just think it’s time for some of our dearest friends around the world to prenez un grip about this,” after cosying up to US President Joe Biden on his Washington jaunt, won’t defuse the injury felt by our European neighbours in the slightest.

What I would have given to listen in on today’s phone call between Macron and his US counterpart. After all, if anyone is to blame for the submarine deal going south it is the US, who along with the Aussies and the UK signed up to the new AUKUS security agreement before convincing Canberra that what they really wanted were American-made nuclear subs, not the diesel electric sous-marins the French were supplying.

Although the French initially went nuts when the news landed – “a stab in the back” said Minister of Foreign Affairs Jean-Yves Le Drian – the UK escaped their rage, although that was only because Paris dismissed the UK as a “junior partner” to the deal. Ouf!

BoJo said nothing at the time about this slight but the French had clearly hit the target. Speaking of AUKUS, the PM said, “It’s three very like-minded allies standing shoulder to shoulder creating a new partnership for the sharing of technology. It’s not exclusive. It’s not trying to shoulder anybody out.”

Umm, yes it is. By its very nature it’s exclusive. But that’s okay, just don’t pretend it’s something else. Now however, we will learn what price we pay not only for being party to the Aussie treachery but for our prime minister playing the fool when a more tactful approach was warranted.

We don’t have to look far to see where the French might hit back just to make a point. Across the Channel, French border forces are being asked to go that extra mile at the behest of our Home Secretary Priti Patel in order to reduce the numbers of migrants making a perilous boat trip to the shores of southern England. Eliciting French cooperation is a big ask at the best of times but it just became that little bit harder. Salut! Boris.

What about the Northern Ireland protocol? We could have used the heft of Macron’s support in attempting to make the EU scrap that particular bureaucratic nightmare, with the only other real European powerbroker Chancellor Angela Merkel soon out of the game. Bon chance with that now.

And that’s not all. In a diplomatic first for France, Macron recalled his country’s ambassador from Washington and suddenly the idea of leaving NATO began doing the rounds. It’s not entirely improbable, however, because Macron has previously called the organisation ‘brain dead’. That would certainly put le chat among les pigeons.

The PM is pursuing exciting new relationships on far-off shores – as part of his ‘Global Britain’ crusade – forgetting he has Europe, a long-suffering but strategically irreplaceable partner waiting for him back home. It’s not a good look.

Just recently, when speaking of the cross-Channel relationship, he was accused of love-bombing the French as he said, “This is something that goes very, very deep. Our love of France, our admiration of France is ineradicable.”

Maybe that is how our PM feels, but when you always play for laughs, it’s hard to take such claims seriously. Cue: Gallic shrug.