Home / WORLD / Johnson & Johnson settles opioid case in New York, will pay up to $230 million and stop selling deadly drugs in US

Johnson & Johnson settles opioid case in New York, will pay up to $230 million and stop selling deadly drugs in US 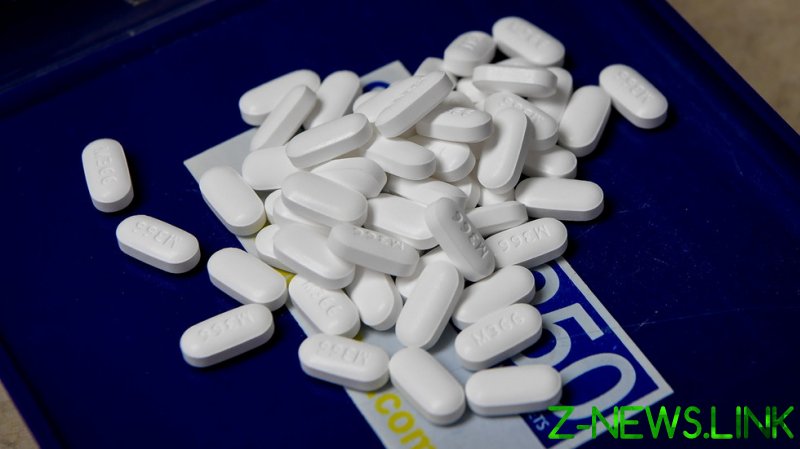 “Johnson & Johnson will pay up to $230 million for its role in fueling the opioid crisis that has devastated communities across New York,” the state’s attorney general, Letitia James, announced on Saturday. The settlement excludes the drugmaker from an upcoming lawsuit charging multiple opioid manufacturers and distributors with deceptively marketing these addictive painkillers and downplaying the threat of addiction.

Among the defendants in James’ wider suit are Purdue Pharmaceuticals – developer and manufacturer of Oxycodone – and its owners, the Sackler family. Mallinckrodt LLC and Teva Pharmaceuticals USA are also charged, as are the McKesson Corporation, Cardinal Health Inc., Amerisource Bergen Drug Corporation, and Rochester Drug Cooperative Inc, all of whom distributed Oxycodone and other opioid-based painkillers.

James also announced that Johnson & Johnson had agreed to stop manufacturing and selling opioids nationwide, although the drug company claimed to have already made the decision to do so last year.

For Johnson & Johnson, a payout of $230 million is a slap on the wrist. The firm reported a revenue of more than $82 billion last year, and has $1.5 billion on hand to cover legal expenses stemming from cases like New York’s. Oklahoma managed in 2019 to secure a larger settlement of $572 million from Johnson & Johnson, a dramatically lower figure than the $17 billion sought by the state.

According to the Wall Street Journal, Johnson & Johnson and a number of distributors have been in talks with states and local governments to resolve thousands of similar lawsuits for a combined total of $26.4 billion. Thousands of lawsuits targeting Purdue Pharmaceuticals led that firm to declare bankruptcy in 2019, and a year later it admitted criminal liability in fueling the US’ opioid crisis, and agreed to shell out $8 billion, a largely symbolic gesture from a bankrupt company.

Manufactured and distributed by these pharma giants, opioids have for years been prescribed by doctors or shadier ‘pill mills’, and have wreaked havoc on communities across the US. Prescription opioids often lead users on to illegally obtained drugs like heroin and fentanyl, and all of these substances caused just under 50,000 overdose deaths in 2019 – 70% of all fatal overdoses in the US that year, according to data from the Centers for Disease Control and Prevention.

Former President Donald Trump rode into office on a tidal wave of support from the white, working class areas most affected by the crisis, and declared it a public health emergency in 2017. Though Trump directed funding to overdose prevention and treatment and signed a bill cracking down on mail shipments of fentanyl from China, overdoses under his tenure increased unabated. The Biden administration has proposed tackling the crisis through expanded government healthcare programs.