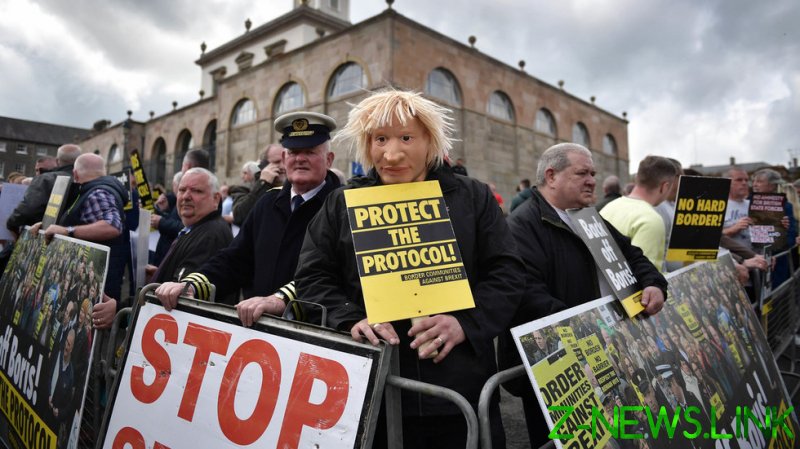 London trying to override the Northern Ireland protocol of the Brexit deal could lead to people there turning away from the union, Ireland’s deputy prime minister Leo Varadkar said on Thursday, calling the actions of Boris Johnson’s government “undemocratic” and “disrespectful.”

“What the British government is doing now is very undemocratic and very disrespectful to people in Northern Ireland because it’s taking that power away from the Assembly, and saying that British ministers can override sections of the protocol,” Varadkar told BBC Northern Ireland.

He was referring to the bill introduced in the House of Commons last month, which seeks to revise portions of the agreement struck with the EU to enable the UK to leave the bloc. With Dublin remaining a member of the multinational union, the status of trade between it and Northern Ireland – six counties on the island that stayed part of the United Kingdom after Ireland’s independence a century ago – had to be regulated through the special protocol.

“That’s what I find shocking and hard to accept. The British government wants to impose solutions on Northern Ireland that most people in Northern Ireland don’t want. We’ve had this happen twice now,” Varadkar said. “If you make a treaty and you’re an honorable country or an honorable government, you have to honor it, and you have to abide by international law. The approach they are taking is wrong.”

Varadkar also disagreed with claims by UK Foreign Secretary Liz Truss that EU proposals are “worse than the current standstill,” and Secretary of State for Northern Ireland Brandon Lewis, who described relations with Dublin as “great.” 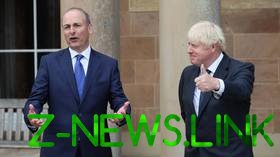 “Well, I think once again a square is being called a circle there. In my political lifetime, I’ve never seen relations this bad,” said Varadkar, who has served in various cabinet capacities since 2011. He was prime minister between 2017 and 2020, and is currently the minister for enterprise, trade and employment in the government of Micheal Martin.

By elevating the concerns of unionists in Northern Ireland over the broader population, the Johnson government has not been even-handed, Varadkar told the BBC, calling it a “strategic mistake.”

“It’s a peculiar policy coming from a government that purports to want to defend the union,” he said, pointing out that people will turn away from the union if London continues to impose things on Northern Ireland that “a clear majority of people don’t want.”

Under the proposal currently being considered in London, goods bound for Northern Ireland from Great Britain – the island containing England, Scotland and Wales – would not be subject to customs checks and taxes, unlike the merchandise continuing to Ireland.