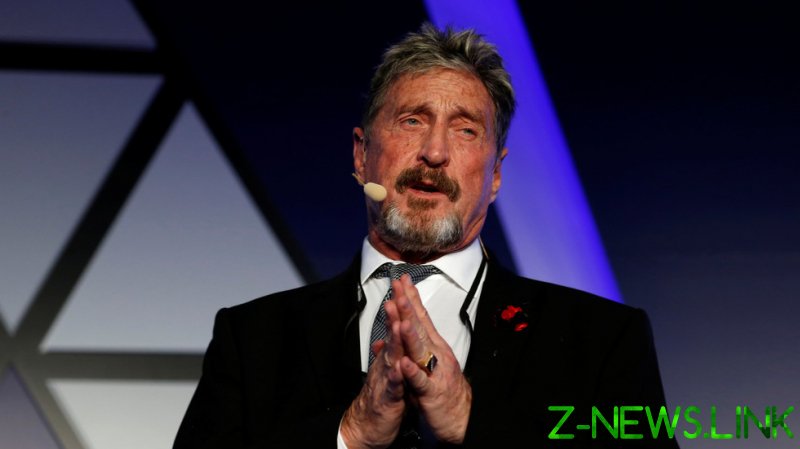 Javier Villalba told Reuters on Thursday that he “had constant telephone contact” with McAfee and “at no point had he shown any special worry or clue that could let us think this could have happened.”

Villalba added that McAfee’s death was particularly painful “because it was not justified under any circumstance that this man remained in the jail.”

McAfee had been incarcerated in Barcelona, Spain since October last year as the United States sought his extradition for alleged tax evasion. McAfee was found dead in his cell just hours after the Spanish National Court approved his transfer to the US.

Conspiracy theories surrounding McAfee’s death have since blown up on social media, due to previous statements by the businessman which warned that if he is found dead of an apparent suicide “a la Epstein” in the future, he was “whackd.”

On Father’s Day, several days before McAfee’s death, his wife Janice McAfee published a statement claiming that the US government wanted her husband to “die in prison” to “make an example of him for speaking out against corruption within their government agencies.”

“There is no hope for him ever having a fair trial in America because there is no longer any justice in America,” she declared, before concluding that the eight months her husband had spent in jail had been “hard on his overall health both mentally and physically.”

Earlier this month, John McAfee had tweeted that he had “nothing” left financially, despite the US government thinking he has “hidden” cryptocurrency.

“I wish I did but it has dissolved through the many hands of Team McAfee (your belief is not required), and my remaining assets are all seized,” he said, claiming his friends had also “evaporated through fear of association.”

“I have nothing. Yet, I regret nothing,” McAfee concluded.
McAfee faced up to 30 years in prison in the US if found guilty of tax evasion.