Joe Rogan’s claim that ‘straight white men’ will soon be silenced is clearly clickbait, but it feeds dangerous, elitist narrative 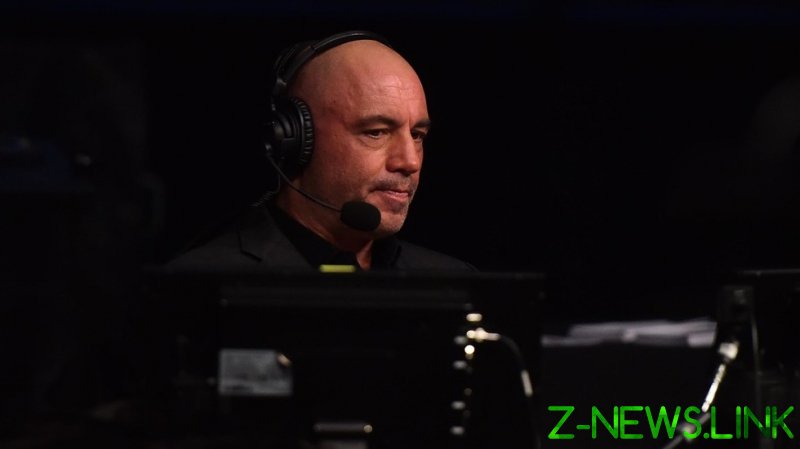 Joe Rogan has caused a stir again. It’s what he does. It’s how he makes his millions. Surrounds himself with nodding hangers-on and says something that will get people supporting him, condemning him (except the hangers-on, because they wouldn’t dare), mocking him or just arguing among themselves. I’m not really a listener, but that’s about it, right?

In his latest comment to set ‘online’ ablaze, he claimed that, soon, straight white men would be completely silenced and unable to go outside.

“You can never be ‘woke’ enough, that’s the problem,” he said on his Spotify podcast. “It keeps going. It keeps going further and further and further down the line, and if you get to the point where you capitulate, where you agree to all these demands, it’ll eventually get to where straight white men are not allowed to talk. Because it’s your privilege to express yourself when other people of colour have been silenced throughout history. It will be, you’re not allowed to go outside… I’m not joking, it really will get there. It’s that crazy.”

Hmm. OK, he probably wasn’t joking, but I doubt very much he really believed what he was saying. For one, I can’t imagine that Rogan’s delicate enough to be so easily triggered by a few people having opinions on Twitter (not even the legendary ‘woke mob’). For two, the notion is clearly ridiculous.

I shouldn’t have to explain why, but here are some facts. Rogan, who I’m guessing is a straight white man, was talking about being silenced to his millions of listeners on a podcast that landed him a nine-figure deal with Spotify. His comments will be chewed over by the hundreds or thousands of straight white men (hello, that’s me *waves*) who still dominate the opinion columns of major media outlets.

The vast majority of people listening to Rogan or reading these columns will be doing so in a country governed by a straight white man and on a device and platform from a company owned or run by a straight white man. And very, very few of those powerful, rich and influential men will be particularly ‘woke’, no matter how you define that awful word.

I don’t know Rogan’s reasons for saying what he did. My guess is that it’s a good old poke of the hornet’s nest to get a rise out of people – exaggeration for effect and cash. Or maybe he’s just making a point badly or shooting from the hip or he’d been on the bourbon. It doesn’t matter – he absolutely has the right to say it and nobody is going to stop him. Quite the opposite: he’s being paid millions of dollars for saying it.

Likewise, I have the right to say this (though I won’t be paid millions of dollars for it): statements like his feed a false and dangerous narrative that exists to perpetuate the power-hold of ruling elites.

It’s a status quo-preserving narrative that feeds on the fears of straight white men, the least persecuted and most heard demographic in history, that our relative comfort is being taken away from us, rather than some of that comfort – you might say basic human rights – being afforded to people who aren’t in that demographic and whose voice has long been muffled. It’s a battering down, they say, not a levelling up.

Of course, some of those challenges will be even more ridiculous than Rogan’s statement. Let’s not pretend that there aren’t deeply unpleasant and deeply dim people in all camps. But real freedoms apply to everyone, especially when it comes to those of speech or expression. You give it out and you take it back. And maybe you learn something or you change your mind. Or you don’t.

Not wanting to be challenged is for two types of people: the mentally weak and those in charge (these groups are not mutually exclusive).

Most of the ‘free-speech champions’ who have sprung up around this debate fall into one or both categories – and they don’t really want free speech. How many of them speak up for the powerless, the oppressed or anyone who isn’t like them? Where are they when minorities are being silenced or worse? What they actually want is the right to say what they please, offend who they like, and not be challenged. Just like the good old days.

By painting an image of a culture war waged on the poor persecuted straight white man, the most powerful are ensuring that things don’t change – or, at least, not too much and not too quickly. Those with the loudest, most free and least criticised voices want to keep it that way and they’re suckering less powerful people into their game. We’re one of them, they want us to think. But we’re not.

I don’t know Joe Rogan. I don’t know his politics or his favourite pizza toppings. I don’t know all of his many opinions, though I’m sure I agree with some and disagree with others. But I do know he’s supposed to be a tough guy. Surely a tough guy can handle being challenged, can’t he?