Joe Rogan reveals he contracted Covid-19, lists medicines he claims made him ‘feel great’ in 3 days 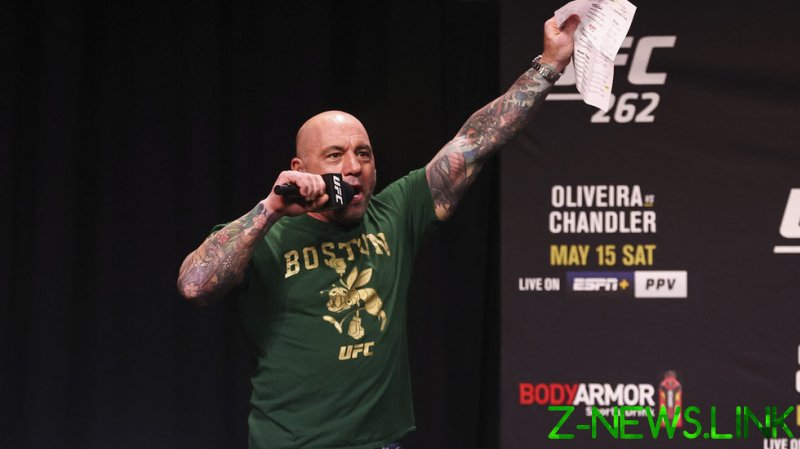 Rogan announced on Wednesday the cancellation of an upcoming comedy show and explained in an Instagram video his recent experience with Covid-19.

After feeling “very weary,” Rogan said he was isolated from his family and later got a Covid test, which came up positive.

“So we immediately threw the kitchen sink at it: all kinds of meds. Monoclonal antibodies, ivermectin, Z-pack, prednisone – everything. I also got an NAD drip and a vitamin drip, and I did that three days in a row, and here we are on Wednesday, and I feel great,” Rogan said.

Others were more supportive of Rogan being honest about his experience, regardless of potential criticism.

Rogan thanked “modern medicine” for helping in his recent recovery, though did not promote Covid-19 vaccines as some critics would have hoped. He also did not disclose whether or not he had been vaccinated before his positive test.

“Crazy times we’re living in, but a wonderful, heartfelt thank you to modern medicine for pulling me out of this so quickly and easily,” he said.

Rogan previously caused controversy when he said young and healthy people likely don’t need Covid-19 vaccines, a stand health officials were quick to push back on. Rogan, however, also referred to vaccines as “safe” and said he “encourages many people to take them.”

The comedian recently announced his intention to refund money to ticket buyers to his upcoming Madison Square Garden show in New York City who don’t want to get vaccinated. The venue will require vaccinations due to an order from Mayor Bill De Blasio.

“If someone has an ideological or physiological reason for not getting vaccinated, I don’t want to force them to get vaccinated to see a f***ing stupid comedy show,” Rogan said.