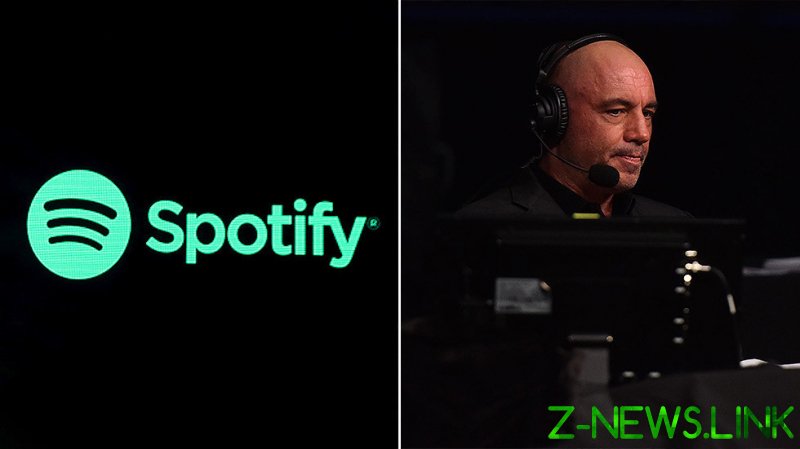 One of the Spotify-excluded guests, Mikhaila Peterson, the daughter of prominent self-help author Jordan Peterson, tweeted on Tuesday about her episode not being on the platform. She called the situation “straight up censorship,” and pointed out that some other episodes were also nowhere to be found.

Forty-six episodes, to be exact, according to research done by a fan of Rogan on Reddit. The missing shows seem to have featured conservative personalities, scandalous comedians andpeople, who have been deplatformed on various websites, according to the Redditor.

The show’s fans, however, were quick to follow Peterson’s lead and call the incident out as “censorship.”

Some were even more disappointed, saying that the Spotify partnership has “doomed” the show, and the host had “sold out.”

Neither Rogan nor Spotify have addressed the situation at the moment of this article’s publication. Still, episodes with other prominent conservatives, like political commentator Ben Shapiro or Mikhaila’s father Jordan, remain available on the platform.