Home / WORLD / Joe Biden’s Russia conundrum: Will the incoming US president work to relax tensions or double down on hostile approach to Moscow?

Joe Biden’s Russia conundrum: Will the incoming US president work to relax tensions or double down on hostile approach to Moscow? 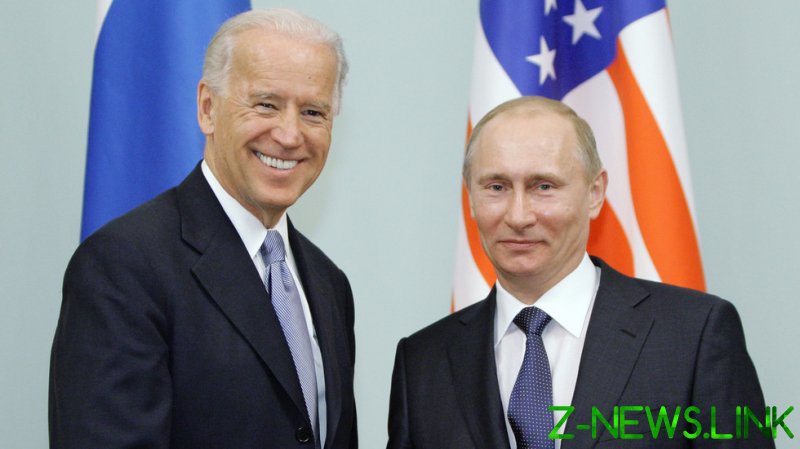 As the iconic ball-drop took place in New York’s empty Times Square on Thursday, it marked the approaching end of a torrid chapter in relations between Russia and the US. Some American politicians have spent years insisting that President Donald Trump’s shock 2016 victory was a result of plotting by the Kremlin. But, honestly, if they were right, Moscow should ask for its money back.

While the real estate mogul previously lavished praise on his Russian counterpart and called the country “really hot stuff,” in practice, diplomacy between the two has become distinctly frosty. Under Secretary of State Mike Pompeo, the State Department has overseen the collapse of a series of bilateral treaties that were designed to prevent the outbreak of nuclear war.

In 2019, Washington formally withdrew from the Intermediate-Range Nuclear Forces (INF) Treaty. The Cold War-era deal banned a whole host of ballistic missiles, as part of a package of measures created to avoid potential escalations like those seen in earlier decades, such as the 1960s Cuban Missile Crisis.

Then, in 2020, the US withdrawal from the Open Skies mutual surveillance treaty, which was designed to ease military tensions, reignited mistrust and fears of a fresh conflict.

Now, with the New START warhead reduction pact set to expire in February, the last remaining brake on the growth of the world’s two largest nuclear arsenals could be removed. Russia has little interest in a costly arms race, particularly given how little return it would get from investing in warheads compared to, say, conventional weapons or its navy.

The Americans accuse Russia of violating the terms of treaties like Open Skies, but Moscow’s top diplomats deny wrongdoing, insisting that the US has made little effort to return to the table.

Biden has been critical of many of these decisions, saying that the unilateral withdrawal from the deal was a sign that “President Trump has doubled down on his short-sighted policy of going it alone and abandoning American leadership.”

Despite the former vice president’s sharp rhetoric on Russia, there are hopes in the country that it signals a return to a leader who thinks in Cold War-era terms, and understands the value of the systems put in place during the period. While rejoining and resurrecting many of the deals that his predecessor tore up will be a challenge, any effort by the new administration to reopen talks on arms control in 2021 would likely be received as a welcome sign of its intentions.

However, while there are opportunities to create goodwill and to turn around troubled US-Russian relations, there are also fears that Biden’s foreign policy doctrine will prevent him from taking advantage of them. Trump’s approach, albeit perceived by some as inconsistent and erratic, was defined by a ruthlessly pragmatic approach to strengthening American interests across the globe.

His warm, even friendly, photo opportunities with North Korean leader Kim Jong-un were a radical departure from rules laid by his predecessors about legitimizing hostile leaders, but ultimately have cooled tensions on the peninsula.

Biden’s camp has been clear that leaders like Kim won’t be able to expect that kind of special treatment when he takes over the reins, and that he will avoid cultivating a personal relationship with world figures deemed controversial in the US. Had Biden been in office since 2016, it is likely that the situation on the Korean Peninsula would be far worse as a result of that approach.

In contrast to Trump’s realpolitik, Biden is thought to put far more stock in a so-called ‘values based’ foreign policy. Through decades in the Senate, during a period defined by the collapse of Yugoslavia and the expansion of NATO into the Eastern Bloc, he has cultivated a clear sense of what he thinks are the ‘good guys versus bad guys.’ In his 2019 flagship foreign policy speech, Biden made it clear that he expected the US to “lead the democratic world” and promote democracy and American liberalism across the globe.

That approach risks damaging prospects for better ties with Russia, which insists that foreign policy should be driven not by values-driven considerations, but on the basis of agreed international law alone.

The country’s foreign minister, Sergey Lavrov, has repeatedly said that talks with the US on everything from trade to nuclear weapons would be welcome, as long as they are underpinned by “mutual respect” and an understanding of Russian strategic interests. The message is clear – American diplomats are welcome, but they must leave a hard approach to their ideology at the door.

If, when Biden takes his seat in the Oval Office, he takes the view of Russia as a rogue nation, or a problem to be fixed with further sanctions and attempts to isolate the country politically, it is hard to see how the result will be anything other than a further resurrection of Cold War tensions. If instead he works to cultivate ties, promote a return to bilateralism and ease away from presenting Russia as a threat to the public, the situation will thaw almost instantly. For now, at least, the ball is in Biden’s court.