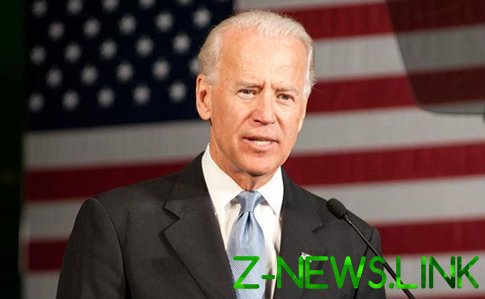 The world oil market emerging from this year the demand is 20% and the collapse of prices to unimaginable minus 40 dollars a barrel, can wait for a new blow after the presidential elections in the United States.

Democratic nominee, 77-year-old Joe Biden, who, according to surveys, almost 15% ahead in the race Donald trump, aims to return to the United States in the “nuclear agreement” with Iran in the future to remove Tehran with economic sanctions.

If Iran is to demonstrate strict compliance with the transaction banning the production of weapons-grade uranium, the United States should again enter into the agreement, a torn trump, Biden wrote earlier in an article for Foreign Affairs.

The deal which unfroze Iranian foreign exchange reserves, and opened the Iranian oil way on the world market, according to Biden, should be “to expand and strengthen through diplomacy and allies” – and that is the surest way to “stop destabilizing activity” of the Islamic Republic.

The result is up to two million barrels per day of new supply may well on the market that has not recovered from the effects of a pandemic and, according to OPEC, will return to the previous level of demand only at the end of 2021.

Oil sanctions imposed by the US in 2019, has brought down the Iranian oil industry: production fell by almost half – from 3.8 to 2 million barrels a day and exports almost zeroed out. If 2018 Tehran sold abroad at 2 million barrels daily, this year, only 100-200 thousand.

Quickly restore production of Iran is unlikely, but the supply is able to increase almost instantly. According to estimates of FGE Energy, tankers, drifting off the coast, Tehran has amassed 54 million barrels, and another 60 million – drenched in ground storage tanks which are filled almost to capacity (85%). According to the US Department of energy, Iran owns 13% of the world’s oil reserves.

The return of Iranian oil to the market is a factor that can stop the rally of prices due to the OPEC+ can go up to 50-60 dollars a barrel next year, says Croft.

In this case, “the Iranians will also have to try to show that they ceased violations of the transaction,” she adds.

Current estimates of markets assume that the candidate is Biden ahead of trump in the election and become President, and the Democrats will have control in the Senate and maintain majority in the House of representatives, wrote in early July, Goldman Sachs analysts.

Current confidence levels are 62% to win Biden, 61% for control in the Senate and 85% in the House of representatives, compared with 43%, 30% and 61% respectively at the end of February, noted Goldman.