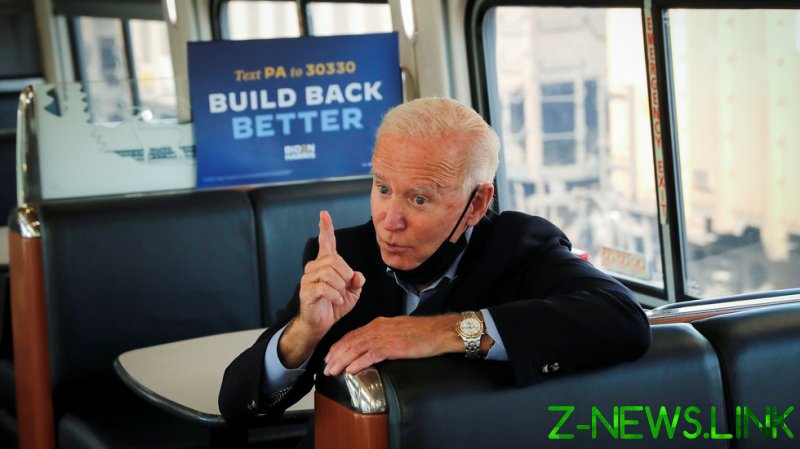 The comment came on Thursday night at an election town hall hosted by ABC News, where a woman who said one of her two daughters is transgender asked Biden what he would do to protect LGBTQ rights. The former vice president said, “I will flat out just change the law.” He then told a story about seeing two gay men kissing each other and being told by his father, “Joey, it’s simple, they love each other.”

Biden next turned to the topic of child transgenderism: “The idea that an eight-year-old child or a 10-year-old child decides, ‘You know, I decided I want to be transgender, that’s what I think I’d like to be, it’d make my life a lot easier,’ there should be zero discrimination.” He later added, “There is no reason to suggest that there should be any right denied your daughter… that your other daughter has a right to be and do.”

Biden’s apparent support for childhood transgenderism was panned on Twitter, where commenters pointed out the dangers of letting children below the age of consent decide to make a radical life change with long-term effects.

“Sure, because any parent who has sat there and listened to their kids change their minds on Halloween costumes 10 times in a month thinks this is a good idea,” one observer tweeted. Another said, “It’s almost like let them sign a mortgage for lifetime because it makes them happy at the time.” Still another commenter said, “Eight-year-olds decide a lot of things that are stupid. This is disturbing. I can’t see normal people buying into that insanity.”

Other Twitter users pointed out that Biden violated leftist doctrine on transgenderism by saying that children may decide they want to be transgender. “I thought you don’t decide to be trans – it’s immutable, according to the left,” one commenter said.

Research has shown that the “vast majority” of children who are confused about their gender identity change their minds by puberty, podcast host Allie Beth Stuckey said. “We’re talking life-altering, body-harming decisions made by 1st graders.” She added that Biden’s “radical” stance on transgenderism and legislative plans by Democrats will erode parental rights.

But Biden supporters said such fears are being overblown and that the Democrat candidate is on the right track. “I cringe at how people want to criticize him for talking about a decision to be transgender,” one commenter said. “Every person who decides to pursue who they deeply are in the face of potential stigma has made a brave decision.” Another said, “This was an amazing moment. That mother was heard. This brought tears to my eyes.”