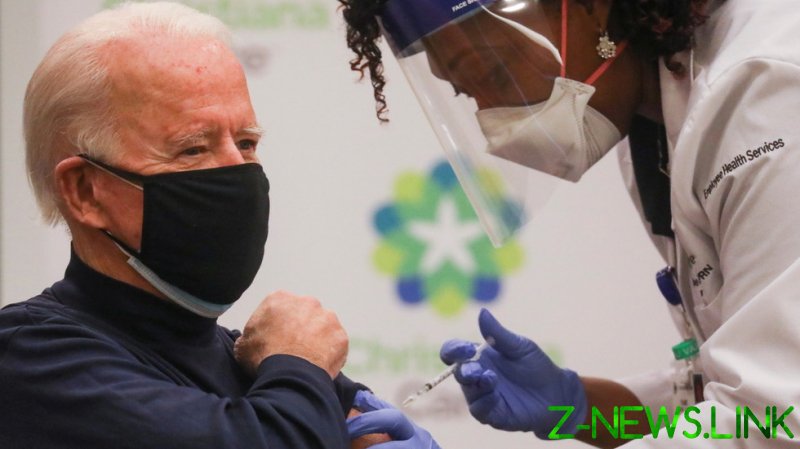 Biden was vaccinated in a photo-op at a hospital in Delaware on Monday afternoon, as his wife Jill looked on.

The first vaccinations in the US began last week, with healthcare workers considered the highest priority.

Harris will “likely” get the vaccine a week after Biden, Reuters reported citing a Biden-Harris transition official.

Both US-made vaccines – one by Pfizer and the other by Moderna – were developed and approved in record time at taxpayer expense, in what the Trump administration dubbed ‘Operation Warp Speed’. While a number of prominent Democrats insisted they were uncomfortable with the vaccines given their development and distribution by the Trump administration, Biden apparently didn’t have a problem with that.

“The administration deserves some credit getting this off the ground,” Biden said after receiving the jab.

Health and Human Services Secretary Alex Azar and National Institute of Allergy and Infectious Diseases director Dr. Anthony Fauci will reportedly be vaccinated on Tuesday, at an event held by the National Institutes of Health.