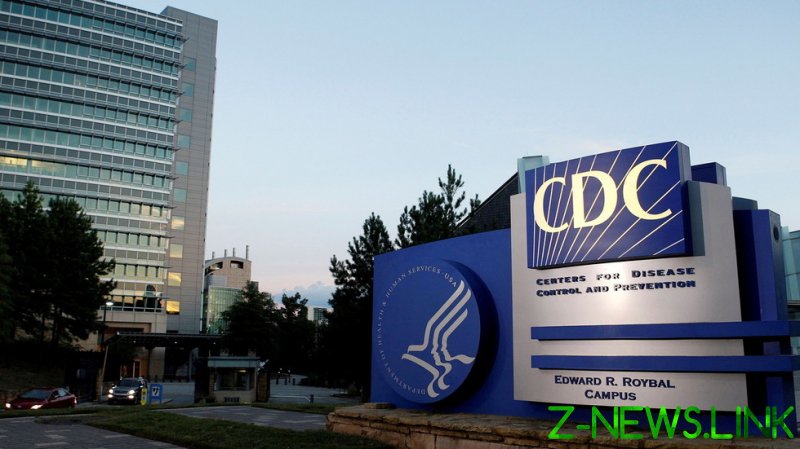 Last year, the Centers for Disease Control and Prevention (CDC) released a paper that floated the totally not suspicious idea of relocating “high-risk” individuals into green zone “camps.” While the proposal didn’t attract much attention at the time, as draconian anti-Covid measures are beginning to ramp up, and basic human rights and liberties are coming under attack, the document has attracted newfound attention. And not without reason, it seems.

The very first line of the document discusses the implementation of a “shielding approach in humanitarian settings… focused on camps, displaced populations and low-resource settings.” Essentially, and this will be important later on, ‘humanitarian settings’ is just another way of saying ‘camps’. Many people are quick to associate the idea of camps with the containment of refugees, for example, or illegal aliens who have breached the border. Yet the only time the word ‘refugee’ is mentioned in the paper is in reference to a camp in Kenya. At the same time, ‘camp’ and ‘camps’ are referred to about 20 times.

There is another ambiguous thing about this document, and that involves its description of “high-risk” individuals and the “general population.”

The paper reads: “In most humanitarian settings [i.e. camps], older population groups make up a small percentage of the total population. For this reason, the shielding approach suggests physically separating high-risk individuals from the general population to prioritize the use of the limited available resources and avoid implementing long-term containment measures among the general population.”

In other words, the CDC is saying that older people being held in camps (humanitarian settings), because they are in the ‘high-risk’ category, should be separated from the ‘general population’ in these facilities so as to reduce the ‘containment measures’. OK, fine. But the document never explains who makes up the general population inside the camps, and why these ‘low-risk’ individuals are being held in these humanitarian ‘green zones’ in the first place.

Either due to a careless lack of clarity or deliberate deceptiveness on the part of the CDC, it is not difficult to see how some people could interpret the inclusion of high-risk groups into these ‘humanitarian settings’ to mean the unvaccinated. But even if there is no evil intent to intern the anti-vax crowd in camps, the conditions set down for these humanitarian settings leave much to be desired. Indeed, to be avoided at all costs.

In one passage, it is stated that “monitoring includes both adherence to protocols and potential adverse effects or outcomes due to isolation and stigma. It may be necessary to assign someone within the green zone, if feasible, to minimize movement in/out of green zones.”

Would that ‘someone’ by any chance be the local police or even the US military? The document offers no clues. However, several lines later, the CDC advises that “isolation/separation from family members, loss of freedom and personal interactions may require additional psychosocial support structures/systems.”

Admitting that confinement in these settings would entail “the loss of freedom and personal interactions” strongly suggests that these individuals are being held in these facilities against their will. In fact, reading through the document, one might get the impression the CDC is talking about a maximum-security prison for the criminally insane.

Anyone who thinks being detained in one of these facilities for the ‘high-risk’ would be all fun and games may wish to take particular heed from this line, which warns: “this shielding approach may have an important psychological impact and may lead to significant emotional distress, exacerbate existing mental illness or contribute to anxiety, depression, helplessness, grief, substance abuse, or thoughts of suicide among those who are separated or have been left behind.”

Left behind? Left behind from what, exactly? The Rapture?

Finally, the authors of this document seem fully aware that their warm and cuddly humanitarian setting, which seems to more resemble a gulag than a health retreat, will not be welcomed by all members of the general population. Gee, I wonder why.

“While the shielding approach is not meant to be coercive, it may appear forced or be misunderstood in humanitarian settings,” advises the CDC, which appears overly concerned about public perceptions. “As with many community interventions meant to decrease COVID-19 morbidity and mortality, compliance and behavior change… are difficult in developed, stable settings; thus, they may be particularly challenging in humanitarian settings which bring their own set of multi-faceted challenges that need to be taken into account.”

The CDC paper references heavily from a March 2020 study authored by one Caroline Favas, entitled ‘Guidance for the Prevention of COVID-19 Infections among High-Risk Individuals in Camps and Camp-like Settings.’ Once again, any hope for clarity is dashed, as this paper, which mentions the words ‘camp’ and ‘camps’ 73 times, is written for “the displaced community itself, humanitarian actors and camp coordination/management authorities.” Few details are given as to who the ‘displaced community’ may be.

(Note: The Favas study provides a broad definition of ‘camp’ or ‘camp-like settings’ as “forcibly displaced population, including refugees and internally displaced living in high density formal or unformal settlements, under collective or individual shelters”).

What follows in the Favas study, which was published by the London School of Hygiene & Tropical Medicine, occasionally comes off as one of those jargon-riddled medical tracts that are almost as painful to read as a doctor’s handwritten medical prescription. Yet, just as with the CDC paper, the Favas study is crystal clear when it acknowledges that these camps will be viewed negatively by many members of the population.

“Conversely, it is likely that the approach will not be successful if it is perceived as coercive, misunderstood or used by authorities as a pretext for forms of oppression.”

So, who will get to determine who is at high risk of Covid infection and who is not? On this tricky point, Favas, as well as the CDC, wash their hands of the process, leaving it up to ‘community members’ to decide who should be detained in these ‘humanitarian settings’.

“Identification of high-risk community members should be a community-led process, which supports and promotes community ownership of the approach,” Favas avers. “The purpose of the shielding approach and the inclusion criteria should be clearly communicated and explained to the community, so that each household can identify who among them is at risk and should be shielded, on a voluntary basis.”

Favas provides some options for how the detainees could be isolated from their families and communities, none of them terribly comforting. The first involves providing a green zone at the household level. While it may not seem so bad keeping grandma confined to a back room, the author describes the “household shelter” as either a “single shelter” or a “multi-shelter compound.”

The next type of facility is a group of shelters (with maximum 5-10 households), within a small camp area.

Finally, there are the full blown “sector” camps that would accommodate 15,000 or more people. It would be difficult to imagine a camp of such scale that would not require a high police presence, as well as virtually all of the rules and regulations of a prison.

Many people would probably scoff at the thought of Covid camps, dismissing them as the fever dream of a ‘conspiracy theorist’. And perhaps they would be right. After all, just last month, the Associated Press debunked the claim floated in a satirical publication that Joe Biden was planning to send the unvaccinated to quarantine camps until they agreed to take the shot. Yet the increasingly befuddled US leader has made false claims in the past, like promising that Americans would be free from their mask bondage if they agreed to be vaccinated. That promise evaporated last month as the CDC backtracked, mandating mask wearing in places experiencing spikes in Covid levels, even among the vaccinated.

While some may find it irrelevant to discuss a paper that was released by the CDC last year, they may want to ask why the CDC and Caroline Favas were already discussing the possibility of ‘humanitarian settings’, i.e. camps for high-risk individuals, in early 2020, when the outbreak was still in its early stages. Some might say that was jumping the gun.

In any case, now that the CDC document has made a splash one year after its release, it would be a good time for an explanation regarding some of its more ambiguous and even outrageous suggestions. At a time when a feeling of general distrust and even paranoia of Covid measures is sweeping the globe, people need assurances that their real enemy is not the very people they elected to protect them.