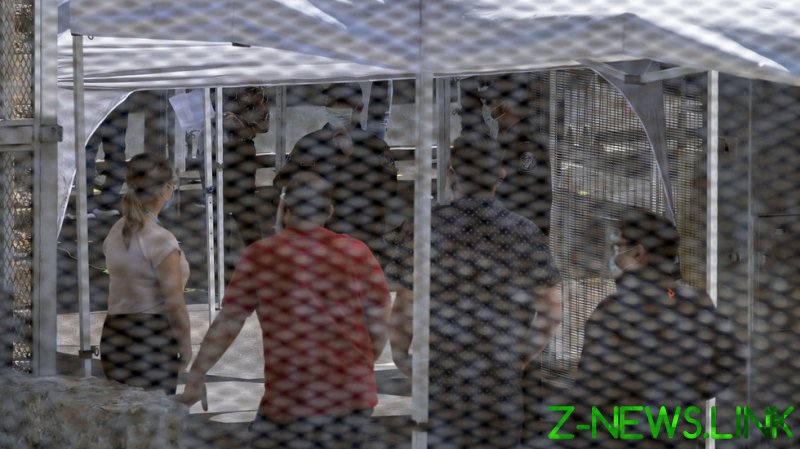 One of the least thought-out maneuvers of Joe Biden’s presidency so far has been to undo Donald Trump’s aggressive policies on the southern border. It seems obvious now that these moves were made without any consideration for what the effect might be. The important thing was to simply not be Trump. And, although that might gain you a few favorable tweets, it’s not a good way to run a country.

As the months have passed since Biden took office, a crisis has developed that is causing major problems for the states involved. Some have been forced to take their own measures with what power they have, but they’re limited in what they can do, due to the fact that the southern border is a federal-controlled area.

Now it’s being reported that Biden is looking to get rid of a rule that allows law enforcement agents at the southern border to turn people away if there are concerns that they’re infected with Covid-19. If this materialises, it will cause more problems for the border states and further tarnish the Democratic Party in locals’ eyes.

This is where Biden is caught between a rock and a hard place of his own creation. Progressives prefer an open border because they believe that there has been a racist tinge to American border security policy in the past. As such, if Biden wants to support the progressive wing of his party, he has to accommodate that idea.

However, the border states simply want to see an increase in security for their own safety, and would be of the same opinion if it were Mexico, Poland, or whoever that bordered the US to the south. This is the crux of the issue and is likely to be a key factor in the midterms.

So, as of now, Biden has to choose. If he continues to loosen security at the border, he’ll find favor with the progressives, but the Democrats could end up losing both the House and Senate come the 2022 midterm elections. In essence, he’d become a lame duck two years into a presidency. On the flip side, if he actually works to secure the border and address the issues, there’s the possibility that the Democrats could keep the majority in the Senate and House, but he could lose support for re-election in 2024.

What the Biden administration’s going to have to learn very quickly is that progressive policy does not seem to go hand-in-hand with practicality. You can’t just delegate things to Kamala Harris, and then let her Joker-laugh her way across the country while doing nothing to solve the problem. And you can’t expect the major networks to do damage control in an information age either, because the crisis is now so severe that stories are bound to leak out.

Ultimately, I believe that Biden has doomed the Democrats by pandering to the progressive wing rather than taking a more pragmatic approach. He didn’t have to go all out to prove that he wasn’t Trump; the fact he’s not is probably the only reason he got elected.

All Biden had to do was not let things catch fire. But he’s already failed at that – and, as the whole world can see, it’s had disastrous consequences.