Home / WORLD / Joe Biden declares election victory, promises to be a president for all Americans

Joe Biden declares election victory, promises to be a president for all Americans 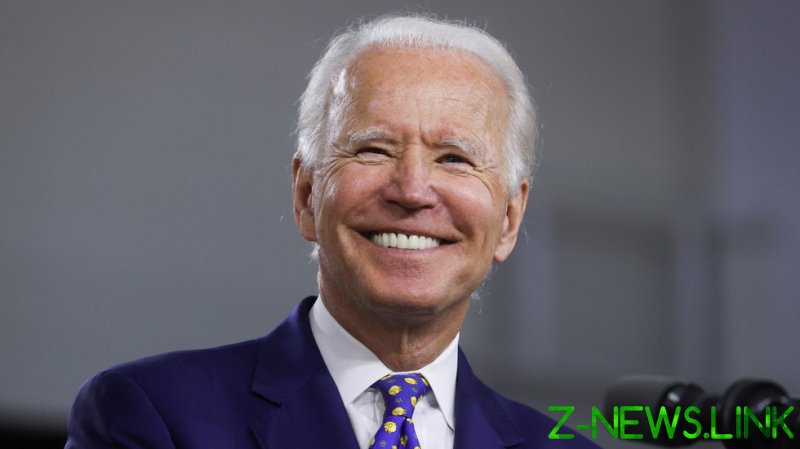 In a post on Twitter on Saturday, Biden said he was honored that Americans have chosen him to be their president and said it was now time to heal divisions and unite as a country.

“I am honored and humbled by the trust the American people have placed in me and in Vice President-elect Harris. In the face of unprecedented obstacles, a record number of Americans voted,” Biden wrote in the post.

“With the campaign over, it’s time to put the anger and the harsh rhetoric behind us and come together as a nation. It’s time for America to unite. And to heal,” he added.

The message was published shortly after the media outlets projected him as the winner. That flurry of projections came after Biden was awarded the key swing state of Pennsylvania, giving him an unassailable lead in electoral college votes.

Biden’s running mate Kamala Harris acknowledged the victory by posting a video of an apparent phone call between herself and Biden which appeared to capture the moment she heard the news. “We did it. We did it, Joe. You’re going to be the next president of the United States,” Harris says in the footage.

The Trump campaign has refused to concede defeat, issuing a statement from President Trump which declared that Biden’s apparent victory was “fraudulent”.

“We all know why Joe Biden is rushing to falsely pose as the winner, and why his media allies are trying so hard to help him: they don’t want the truth to be exposed,” Trump said. “The simple fact is this election is far from over.”

Biden will become the 46th president of the United States, and the oldest to take up the office. The Democrat turns 78-years-old later this month.