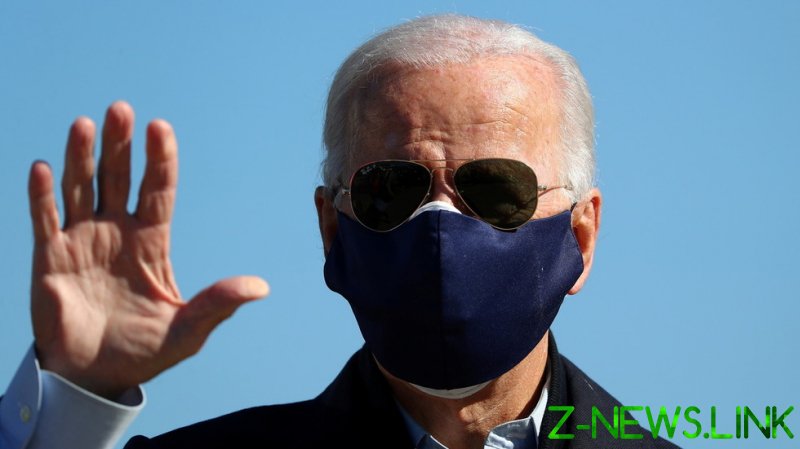 Though Biden had called a ‘lid’ on press appearances through Thursday, on Wednesday he accepted a remote interview with WISN-12, an ABC affiliate in Milwaukee. WISN reporter Adrienne Pedersen asked the candidate about Wisconsin Senator Ron Johnson, the Republican chair of the Senate Homeland Security Committee, accusing Hunter Biden of profiting off his father’s position as vice-president in the Obama administration.

“This is the same garbage that Rudy Giuliani, Trump’s henchman…” Biden replied, trailing off. “It’s the last-ditch effort in this desperate campaign to smear me and my family.”

“Even the man who served with him on that committee, the former nominee for the Republican Party, said there’s no basis to this,” Biden added, forgetting once again the name of Mitt Romney (R-Utah)

“The vast majority of the intelligence people have come out and said there’s no basis at all,” the Democrat continued. “Ron should be ashamed of himself.”

The GOP War Room somehow obtained the unedited tape of the interview, showing a Biden aide trying to stop Pedersen before she asked the question, telling her “Adrienne, that’s all the time we have, I’m so sorry.”

Johnson led the committee investigation into Hunter Biden’s business dealings, including joint ventures in China and service on the board of the Ukrainian gas company Burisma, releasing a report last month that outlined “millions of dollars in questionable financial transactions” but stopping short of accusing the VP of taking foreign bribes through his son.

The senator’s statement Pedersen was referencing actually focused on the media blackout on stories involving the younger Biden’s business ventures overseas, including the social media censorship of the New York Post that first broke the story about Hunter Biden’s abandoned laptop at a Delaware repair shop.

Romney’s objection, that Johnson’s investigation “had the earmarks of a political exercise” and that it’s “not the legitimate role of government for Congress or for taxpayer expense to be used as an effort to damage political opponents,” was lodged in mid-September, long before the laptop story.

It was in line with his position that President Donald Trump asking Ukraine to investigate Hunter’s Burisma dealings amounted to foreign interference in US elections – the claim made by Democrats last year in order to impeach Trump. Romney crossed the aisle to vote with the Democrats on one count of the impeachment, the only senator in US history to do so.

It was unclear what Biden meant by the “vast majority of the intelligence people,” unless he was referring to Monday’s letter signed by 50 former intelligence officials – including ex-CIA chief John Brennan and former DNI James Clapper, of Russiagate infamy – saying that the emails allegedly found on the laptop had “all the classic earmarks of a Russian information operation” but admitting they had no actual evidence to that effect.

Though he has not commented publicly on the laptop story, or the Senate Homeland Security report, Hunter Biden indirectly admitted he had leveraged his family name, in an interview a year ago.

“If your last name wasn’t Biden … do you think you would’ve been asked to be on the board of Burisma?”ABC News’ Amy Robach asked him, in October 2019.

“I don’t know. I don’t know. Probably not, in retrospect,” he replied. “But that’s – you know – I don’t think that there’s a lot of things that would have happened in my life if my last name wasn’t Biden.” 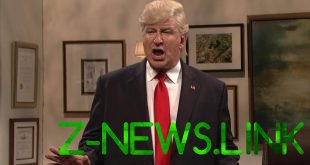 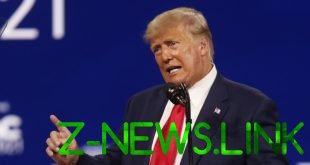 Spanish stunner Rodriguez and Ronaldo began dating in 2016 and have a daughter together, Alana …