Job now the money ever after 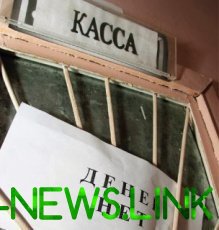 The proposal to abolish in Russia criminal liability for non-payment of salaries can be caused not only by simple greed.

In the near future Russia may again abolish criminal liability for nonpayment of wages. A proposal on this subject was formed the Working group of the presidential Council in the ongoing from December 2019, the policy of “partial decriminalization of the legislation on economic crimes”, according to RBC. It was made public on Tuesday, February 17, but passed almost unnoticed. This is probably due to the fact that the initiative was released just at the peak of the campaign to discuss amendments to the Constitution. Meanwhile, not necessary to be seven spans in a forehead to guess, who can lobby for such an initiative. Indeed, according to RBC, it came from the largest employers ‘ associations. In particular, the publication calls the chamber of Commerce, the RSPP, the Union of machine engineers of Russia, “Business Russia”, as well as rostec, Rosatom, Roscosmos, and other associations and organizations.

The leader of Federation of independent trade unions of Russia Mikhail Shmakov said that he is categorically opposed to: “Nonpayment of wages is stealing from the worker of his hard-earned money.” Then FNPR and he Shmakov urged its members to vote for amendments to the Constitution.

Let me remind you that some of these amendments are “social” in nature. Therefore, if a formal approach, then why ProFoss not to encourage people to vote for the whole package? It is because, in particular, affirms that the state guarantees a minimum wage (minimum wage) at the level of the subsistence minimum. However, this amendment looks outright mockery, given that in 2020, the state refused to index the minimum wage, leaving it at the level of last year — 11 280 RUB As promised — 12 130 rubles… And this against the backdrop of the collapse of the ruble, and thus the inevitable price increases.

So outrage Shmakov idea of the state Council to abolish criminal liability of employers for nonpayment of wages to workers is at least inconsistent.

Here it should be noted that it is “delay” the salaries of workers and employees for several months, and sometimes years, become one of the main instruments of looting tens of millions of people in Russia in the “dashing nineties”. Started the delays in the early 1990-ies and were a direct consequence of the “liberalization of prices”, launched by the government of the reformers officially on 2 January 1992. Then one day, food prices have soared 10 times. Started because of this crazy inflation (by the end of 1992 it amounted to 3000%) have destroyed the working capital of enterprises and led to the first non-payment of wages.

However, as most ex-Soviet workers continued to work, despite the fact that they were not paid, the Directors, regardless of which it was a Director — “red” or “tricolor” — pretty quickly got a taste, realizing that at this very easily, you can begin to make our fortune. This was facilitated by the fact that the leadership of the new Russia in the conditions of galloping inflation quietly abolished criminal liability for nonpayment of wages to workers. In the USSR it is, incidentally, came after three days of delay in salary.

In 1996, the criminal liability was restored, but in such a way that mass non-payment of wages to millions of people in the country then continued until the early 2000s. Later article 145.1 of the criminal code. (“Nonpayment of a salary, pensions, stipends, allowances and other payments”) has undergone several changes. Today we live in the newsroom, which was adopted in 2010. Of course, the rigid Soviet rule, when criminal liability arises for the employer after three days of salary arrears, was not restored.

Today, the criminal liability for this offence occurs in the case of full nonpayment of a salary over two months, or partial for three months. Penalties — various penalties, compulsory work or imprisonment for up to 5 years (the latter if the criminal act caused grave consequences).

The most interesting, in my opinion, the question today is what was called the initiative of the presidential Council again, as in the “dashing nineties”, to propose decriminalizing the nonpayment of wages. As for me, there are two clear explanation to this proposal. The first economic, the second political.

The first explanation is that in modern Russia continue to decline business opportunities to increase its capital to the extent of the “fat” 2000s and up to 2013, when oil prices were high (minus a brief period of crisis of 2008-2009), reaching sometimes now unthinkable heights of almost $ 150 per barrel.

In the context of the global crisis and low oil prices the idea of giving entrepreneurs the opportunity to profit at the expense of their own employees were able to receive not only businessmen, but also the sovereign people. After all, to divide the interests of business and state in Russia today is almost impossible — it’s practically the same thing.

However, in this case, the image of the President as the guarantor of everything in our country, and most importantly, protector of the people from predatory oligarchs, very much would be shaken. But this image is the basis of Putin’s legitimacy.

In this regard, there is a second, political explanation of the initiatives for the abolition of criminal prosecution of non-payers of wages. The state Council is preparing amendment anti-national in the UK, but here on a white horse and dressed in white appears the father and the advocate, and spoke of his gentle, but firm “no” presumptuous oligarchs. Curtain. People are happy, and Putin again beat all.

The last twenty years, this scenario worked. If it works now — we’ll see.