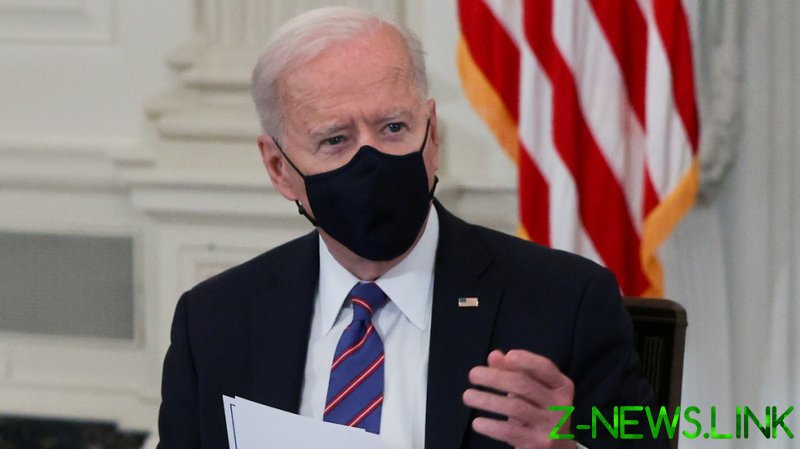 “This is Jim Crow in the 21st Century. It must end,” Biden said, seemingly referring to past laws pushing racial segregation in the US, in a statement reacting to the bill being signed by Governor Brian Kemp on Thursday.

The Election Integrity Act, which easily passed the state House and Senate, requires voters to present a valid photo identification card for absentee balloting, reduces the window for accepting mail-in ballots, and replaces the secretary of state with an appointed official as chair of the state board of elections.

Numerous critics blasted the reforms as racist and discriminatory, a narrative Biden is throwing his support behind.

The president claims the bill is “un-American” and denies people the right to vote. He also claimed it was political maneuvering following multiple heated political battles in the state, including the presidency. Trump not only lost the state after leading in it for some time on election night, but Republicans ended up losing two Senate seats in runoff elections.

“Instead of celebrating the rights of all Georgians to vote or winning campaigns on the merits of their ideas, Republicans in the state instead rushed through an un-American law to deny people the right to vote,” Biden said.

In a press conference this week, the president claimed even Republican voters find election reform actions in places like Georgia “despicable.”

“Too bad these changes could not have been done sooner!” he wrote in a statement.