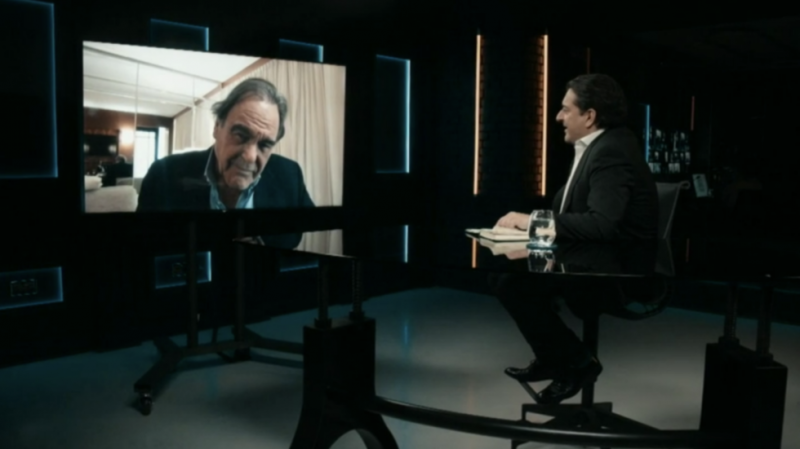 Stone spoke to RT’s Afshin Rattansi from Cannes, where his new documentary ‘JFK: Revisited: Through The Looking Glass’ premiered. The film relies in part on interviews with JFK’s relatives and recently declassified documents about the 35th US president.

“The main point we were trying to make in the documentary was that John Kennedy was a warrior for peace,” Stone said, adding that the Democrat president was making efforts to end the embargo on Cuba and had signed a test ban treaty with the Soviet Union.

“The Cold War was theoretically coming to an end in 1963. You can imagine where the world would be now” if that had happened, Stone told Rattansi.

Instead, Kennedy was assassinated that November, and the US blockade of Cuba has continued to this day.

The new documentary is a “bookend” to Stone’s 1991 feature film ‘JFK,’ which does not accept the official version of the events in Dallas adopted by the US government’s Warren Commission.

Stone also spoke of JFK’s brother Robert Francis Kennedy, who was himself assassinated in 1968 during the Democratic primary campaign.

RFK phoned the CIA after his brother’s death and asked “who conducted this horror,” Stone said, citing an interview with a family member. RFK “never believed the Warren commission” and wanted to enact his brother’s policies and investigate his killing, if elected.

“For that reason, I believe Robert was killed in cold blood,” Stone said, adding that the people involved knew “if he got into office, there would be hell to pay.”

Stone also talked about JFK’s involvement with the civil rights movement and connections between the CIA and his alleged assassin Lee Harvey Oswald.

The full interview airs on Wednesday’s episode of Going Underground, on RT.