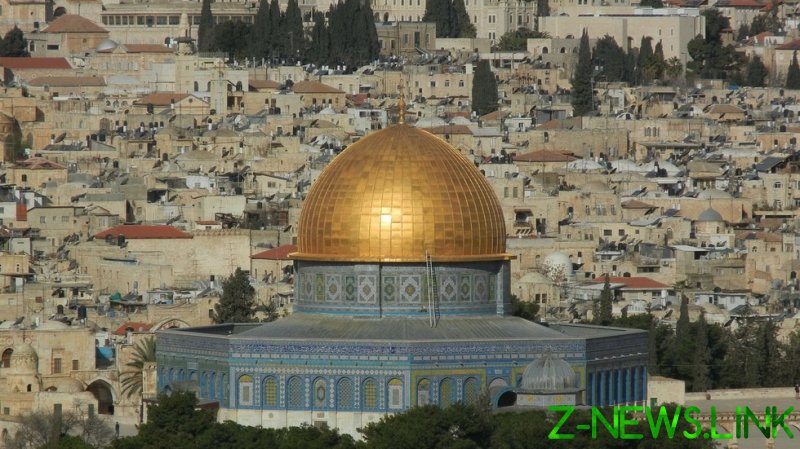 Jerusalem Day marks Israel regaining control over the Old City at the end of the 1967 Six-Day War, making the holiday unpopular among Israel’s Arab population. Palestinians will be marking Nakba Day later this week in memory of “the Catastrophe” – the founding of Israel in 1948, which was followed by a mass displacement of the local population, with hundreds of thousands expelled or fleeing.

Worse still, this year’s Jerusalem Day coincides with both the end of the Muslim holy month of Ramadan – when tens of thousands of worshipers gather to pray on the Haram esh-Sharif (the Muslim name for the Temple Mount), including in the third-holiest place in Islam, the Al-Aqsa Mosque – and with planned forced evictions in Israeli-occupied East Jerusalem, which have caused Palestinian protests and riots.

Several hundred people were reportedly injured in clashes with police over the past few days, and the anger has shown little sign of subsiding. Apart from venting outrage over the evictions, the Muslim protesters have been unhappy with with the Israeli security forces preventing some pilgrims from reaching the holy sites, as “suspicious” Palestinian visitors have been taken off dozens of Jerusalem-bound buses stopped on the highway over the weekend.

In light of the tension and violence, Israeli security officials have chosen to restrict access to the Temple Mount for Jews on Monday, with a statement saying that “the Israel Police will continue to allow freedom of worship but will not allow riots.”

The decision has sparked an angry reaction from Israeli right-wingers, with Otzma Yehudit party chairman Itamar Ben-Gvir lamenting that “violence and bullying have won,” and even blaming the authorities and Prime Minister Benjamin Netanyahu for policies representing “harm to the Jews.”

Complicating things further are the right-wingers’ plans to hold the customary Flag Parade celebrating the “reunification” of the city – a mass event that usually proceeds into the Muslim Quarter of the Old City. The provocative march, proceeding via the Damascus Gate and associated with the harassment of the Arabs, would be the last thing on the police wishlist, with the area already a hotspot of violence.

The Israeli nationalists have refused to change the parade’s planned route, according to Sunday’s reports, and as of Monday morning it remains unclear whether the procession will end in even more violence for Jerusalem.