Home / WORLD / Jewish people can be gay, so why are Orthodox schools refusing to teach kids about LGBT issues? 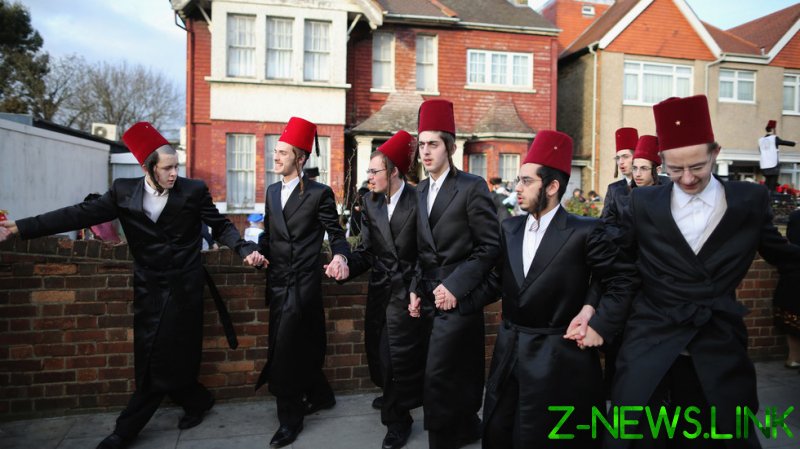 Homophobia is not a lifestyle choice. It’s a form of hatred and discrimination. So that’s the charge that must be levelled at the Orthodox Jewish schools in the UK that are wilfully breaking the instructions of Her Majesty’s Chief Inspector of Education.

The schools are waging war by refusing to teach LGBT-inclusive education. Their position is that it betrays their religious beliefs.

According to the Department for Education, primary school children should be taught about different family types and “care needs to be taken to ensure that there is no stigmatisation of children based on their home circumstances.”

Older kids at secondary school must be educated about sexual orientation and gender identity.

Throughout the guidelines, there are repeated references to ensuring content is “age appropriate.”

Even the most narrow-minded critic would struggle to label this indoctrination or a sullying of morals.

However, leading the public debate for the Charedi community is Eli Spitzer, headteacher at Talmud Torah Tiferes Shlomo School in north-west London.

He stated that if he were to deliver an LGBT assembly “either parents would stop sending their children to the school, or I’d be given my sandwiches and a roadmap.”

He also claims that under the law, schools are able to state that some religious texts consider homosexuality a grave sin and are punishable by death, as long as they balance this with follow-up lessons stressing the need for respect for LGBT people. In addition, he highlighted how some Jewish Orthodox schools have a zero-sexualisation policy, and take steps to censor this type of content in the texts, referring to it as “tempering.”

Britain’s education system is an unusual hybrid that allows for religious teaching. This dates back to 1870, when the government assumed control from the Church. The rest of the world has a higher degree of religious segregation in their curriculum.

But even allowing for Britain’s complicated system, we can’t allow fundamentalism to become a valid option. Acting correctly is a basic expectation in a civilised society, and there’s no justification for Charedi teachers not following the rules that apply to every school in the country.

Bluntly, it appears that there are Orthodox Jewish schools and parents who don’t want their children educated about gay, lesbian and transsexual people.

And by refusing to allow these lessons, they are sending out the message that they don’t approve of homosexuality or transsexuality.

Yet it’s a certainty there will be gay people or transsexuals in their schools and communities, even if they have to disguise their feelings.

Children need to be equipped to deal with the world. And part of that is understanding and respecting different faiths, genders, races and opinions. Allowing someone to grow up in 2020 with no knowledge of homosexuality is simply cruel.

Consider, for example, a 14-year-old Charedi boy who realises he has a physical attraction to other boys? That poor lad will not only be extremely confused, but under pressure to deny his feelings – and live a lie. That mental torture can unfold in many forms, some of them tragic.

You can’t lock kids up in a protective bubble and why would you want to? You want them to embrace life and all the different shades of colour it offers. So it’s disturbing that these schools can’t see the issues they might be causing.

The Orthodox Jewish community has created an enclave in London, in the Golders Green and Hendon areas. Its presence adds nothing but richness to a thriving, global city. But it can’t be allowed to dilute the minds of its youth and pretend it is an LGBT-free zone. It needs to be made aware that what it is doing only promotes discrimination.

It should take heed of Sarah Hewitt-Clarkson, the head teacher at Birmingham’s Anderton Park primary school.

Last year, she faced eight weeks of demonstrations from Muslim parents, furious at her decision to teach LGBT-inclusive content. It got so bad, she received threatening messages and was even rushed to hospital with a suspected brain hemorrhage brought on by the stress of facing such vitriol.

But Hewitt-Clarkson refused to back down, stood up for equality and the protests were eventually banned.

Do we want open-minded, progressive, engaged individuals leaving schools? Or do we want them to only know what their closeted community permits them to? The Orthodox Jewish schools in Britain have made their choice, and they’re wrong.