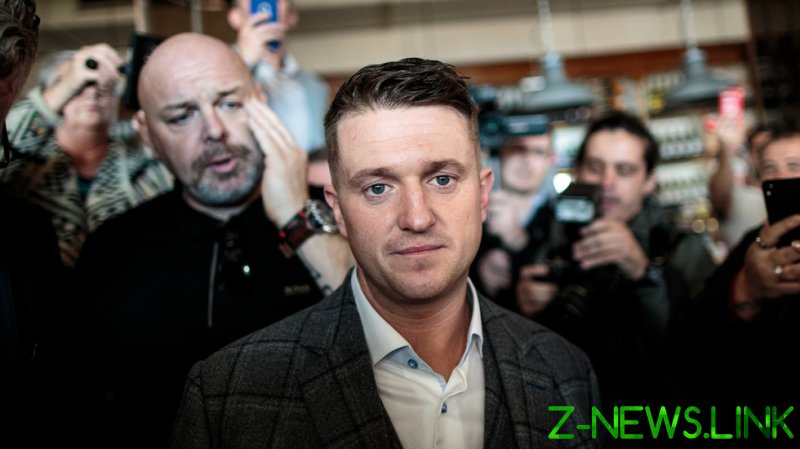 Robinson’s participation in the rally was condemned on Sunday by the Board of Deputies of British Jews, the Zionist Federation, the Jewish Leadership Council, and the Community Security Trust, just hours after Robinson took part in the event.

“Stephen Yaxley-Lennon (aka Tommy Robinson) & supporters of far-right extremist organisations like the English Defence League are not welcome at our community’s events,” declared the Board of Deputies of British Jews, adding that the “message of hate and division must be confronted and defeated.”

“Whilst an event in public space makes it more challenging to control who stands amongst us, any & all supporters of extremism are never welcome at our events,” wrote the Zionist Federation of Great Britain and Ireland in its own statement, while the Community Security Trust called Robinson an “extremist” whose support for the Jewish community “is not welcome or helpful.”

The Jewish Leadership Council claimed on Twitter that Robinson was not invited to the rally and was not “in any way welcome.”

“We do not want his ‘support’ and we ask him to stay away from future events,” it said, concluding that the event was “about supporting Israel, not spreading hate.”

Robinson – a self-proclaimed Zionist who co-founded the anti-Muslim English Defence League (EDL) in 2009 – was recorded at the Israel solidarity rally in Kensington, London on Sunday, draped in an Israeli flag and holding a Zionist Federation sign which read, “Free Gaza from Hamas.”

In 2019, during a video where Robinson boasted about being able to “score” drugs in Muslim countries “while they’re all praying,” the anti-Islam activist claimed he would sign up to fight for Israel if a war against Palestine took place. Robinson also shouted “F**k Palestine!” during the video and referred to himself as the “king of the whole Islam race.”