Home / WORLD / Jesus joins QAnon?! ‘Passion of the Christ’ star stirs controversy as he cryptically dives into ‘adrenochroming of children’

Jesus joins QAnon?! ‘Passion of the Christ’ star stirs controversy as he cryptically dives into ‘adrenochroming of children’ 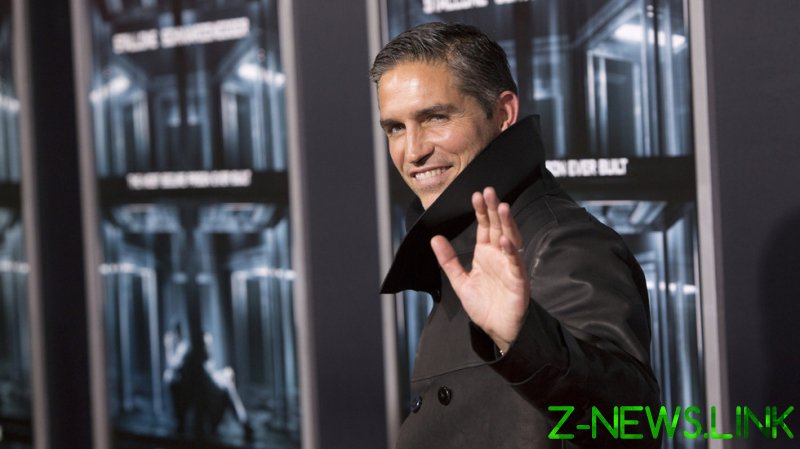 At a ‘Health and Freedom Conference,’ featuring prominent supporters of former US President Donald Trump like MyPillow founder Mike Lindell, Caviezel made reference to “adrenochrome” when speaking about the real-life version of a character he plays in the upcoming film, ‘Sound of Freedom.’

In the movie, Caviezel portrays Tim Ballard, who became a popular figure among QAnon followers for his work with his group The Nazarene Fund, which works to “liberate the captive, to free the enslaved, and to rescue, rebuild and restore the lives of Christians and other persecuted religious and ethnic minorities wherever and whenever they are in need.”

Explaining that Ballard was supposed to attend the conference with him, Caviezel said the former Department of Homeland Security official was off saving children at the moment from the “darkest recesses of Hell right now,” one of those apparently being the “adrenochroming of children.”

Caviezel himself was asked to explain the term after making the shocking reference, which many in the crowd admitted to being unfamiliar with, after the emcee asked.

“I’ll just simplify it and when you are scared, you produce adrenaline, if you’re an athlete and you get in the fourth quarter, you have adrenaline that comes out of you. If a child knows he’s going to die, his body will secrete this adrenaline,” Caviezel said.

He later added that “it’s the worst horror I’ve ever seen. The screaming alone, even if I never, ever, ever saw it, it’s beyond, and these people that do it, there will be no mercy for them.”

Caviezel, best known for his role as Jesus Christ in ‘The Passion of the Christ,’ has been blasted and dismissed by critics since his talk went viral, with many using his most famous role to help illustrate how extreme they feel the comments really are.

Caviezel is one of the few outspoken conservatives to maintain mainstream success in Hollywood, appearing in popular shows like ‘Person of Interest’ and films such as ‘The Thin Red Line’ throughout his career, though he claims his role as Jesus and open faith have closed doors for him in Hollywood.

He most recently appeared in the movie ‘Infidel,’ executive-produced by conservative filmmaker Dinesh D’Souza. He is set to appear in a sequel to ‘Passion of the Christ’ next.