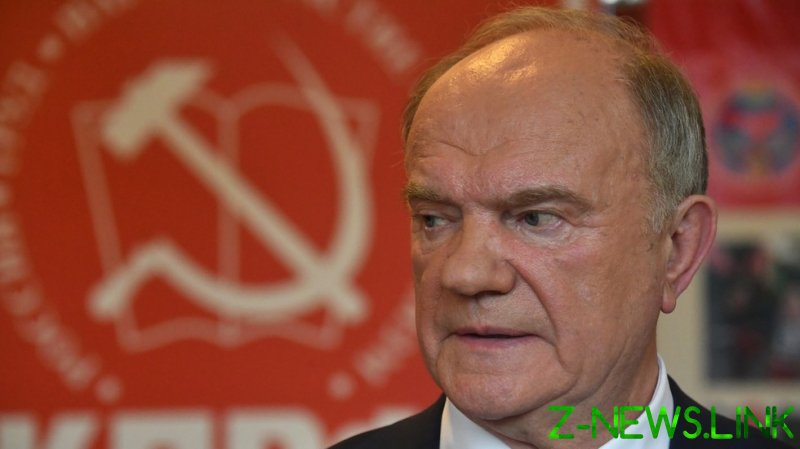 Gennady Zyuganov, the leader of Russia’s communist party, the KPRF, made the explosive comments in an interview with KP Radio on Thursday. According to him, “the first communist on the planet… was Jesus Christ.”

“Put Jesus’ Sermon on the Mount and the moral code of the builder of communism side by side, and you’ll simply gasp,” the politician said. “You need to study the Bible, then you will understand a lot.”

Zyuganov heads the country’s second-largest parliamentary group, the successor to the Communist Party that governed the Soviet Union. However, not everyone disagreed with his diagnosis, with the spokesman for the Moscow branch of the Orthodox Church saying that “we do not consider it correct and appropriate to compare God incarnate with any political and economic teachings, including communism.” However, he added, the Church opens its doors to supporters of all parties.

The question of whether Jesus’ radical opposition to established authority and his message of humility, charity and love for mankind makes him a left-wing figure is still hotly debated. However, the Orthodox Church, and religious belief in general, faced tough restrictions from the state during the Soviet era. The intellectual founder of the communist ideology, German philosopher Karl Marx, branded religion “the opium of the people,” arguing that faith in an afterlife was designed to placate those living downtrodden existences.

Last year, Zyuganov proposed including a reference to ‘God’ in the Russian constitution, raising eyebrows among some who are used to seeing Russia’s communists adhere to strictly secular lines. “Actually, in many ways, the moral code of a builder of Communism is built on the Bible,” he said at the time.