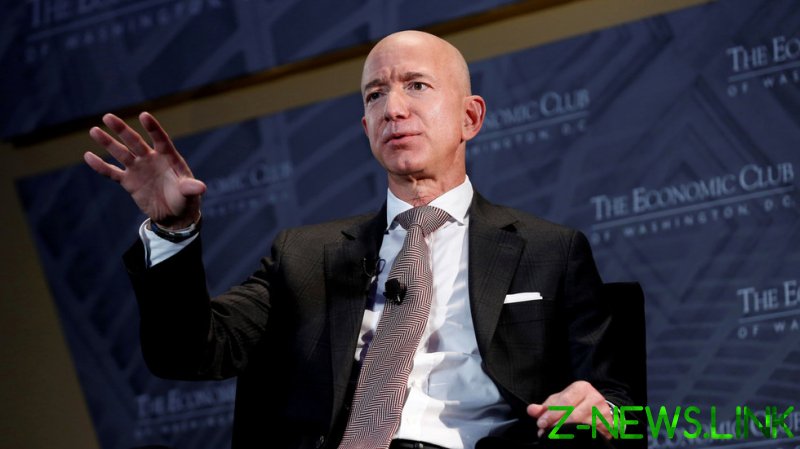 Bezos took to a company blog on Tuesday to back the hefty “American Jobs” spending plan, which includes a corporate tax hike from 21% to 28%, unveiled by the Joe Biden administration last week.

“We support the Biden Administration’s focus on making bold investments in American infrastructure,” the executive chairman said, calling for a “balanced solution that maintains or enhances US competitiveness.”

The statement was quickly met with intense skepticism online, as critics insisted the e-commerce giant only supports the tax increase because it knows it can exploit loopholes to get out of paying it, while its smaller, less savvy competitors will have to shell out.

“Don’t let this fool anyone. Amazon and other large businesses have loopholes that allow them to dodge taxes,” one commenter said. “The American taxpayer pays more in taxes [than] Bezos, Buffet, Gates or any corporation ever will.”

While many argued that Amazon pays next to nothing in federal taxes – a claim the company itself has disputed – some pushed back, saying its relatively low tax burden is due to tax credits granted for certain productive investments, including research and development. Opponents of the tax hikes maintain that closing such “loopholes” will discourage that type of spending, though critics still weren’t convinced, suggesting Amazon secured its credits through lobbying rather than job-creating investments.

Biden has previously singled out the Bezos brainchild by name, saying on the campaign trail in 2019 that “no company pulling in billions of dollars of profits should pay a lower tax rate than firefighters and teachers.” Amazon countered, claiming to have coughed up $2.6 billion in corporate taxes since 2016 and made hundreds of billions in investments in the last decade, also arguing that it can’t be faulted for merely following the existing tax code.

Democratic Senator Elizabeth Warren (Massachusetts) has also repeatedly sparred with the company over its federal tax load, taking several swipes at Amazon in recent weeks. But even with Warren and Bezos backing the same corporate tax hike, the move is unlikely to stem criticism from more progressive quarters, with the senator calling to “break up Big Tech” altogether.

The tax debate comes as Amazon is also under fire for resisting workers’ efforts to unionize. The company has sought to employ intelligence analysts to track down supposed “threats” from organized labor, and more recently was found to have fielded an army of social media trolls to combat pro-union critics online. A vote to make the company’s Bessemer, Alabama fulfillment center its first-ever unionized shop kicked off last week, though a final result is expected to take some time, as both the company and employees will be permitted to contest ballots after they are counted.